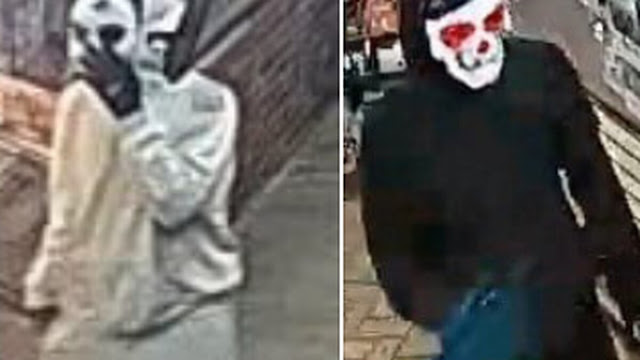 The Amarillo Police Department is asking for help identifying two robbery suspects in this week’s “Crime of the Week”.

On Sunday, October 27th at 10 pm, APD officers were dispatched to an armed robbery at a convenience store in the 1600 block of N. Grand. The two suspects were described as black males who were both wearing clown masks.

One suspect was in all grey and the other in all black. The suspect in the grey pointed a pistol at the employees demanding money.

The suspects later left the scene on foot with an undisclosed about of money.

If you have any information on this crime or know who these suspects are, call Amarillo Crime Stoppers at 806-374-4400. You can also submit an anonymous tip online at amapolice.org or by using the P3 Tips App.

If your tip leads to an arrest you could earn a reward of up to $1,000. Remember to “Say It Here” with Amarillo Crime Stoppers.