Walmart ending handgun sales: Banning open carry in all of its stores 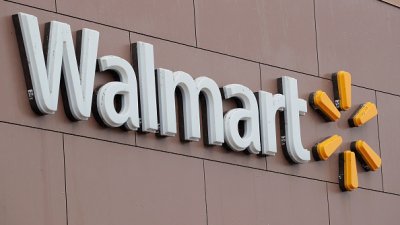 Doug McMillon, president and CEO of Walmart Inc., detailed the move in a letter to associates one month after a gunman with an assault-style rifle “launched a hate-filled attack in our store,” killing 22 people and injuring dozens more.

“We’ve also been listening to a lot of people inside and outside our company as we think about the role we can play in helping to make the country safer,” McMillon wrote. “It’s clear to us that the status quo is unacceptable.”

The company will discontinue sale of short-barrel rifle ammunition, such as .223 caliber and 5.56 caliber. McMillon, a gun owner who grew up hunting, wrote that while the ammunition is often used for hunting rifles, it can also be used in large capacity clips on military-style weapons.

Walmart will also sell through the remaining inventory of handgun ammunition, as well as discontinue handgun sales in Alaska — the last state where the company still sells handguns.

The retail giant will continue to sell long-barrel deer rifles and shotguns, as well as most of the ammunition and accessories they require.

“We believe these actions will reduce our market share of ammunition from around 20% to a range of approximately 6 to 9%,” McMillon wrote. "We believe it will likely drift toward the lower end of that range, over time, given the combination of these changes."

McMillon noted that there have been “multiple incidents” of individuals wanting to “test our response” to the El Paso shooting by bringing weapons into stores, leading the company to change its open carry policy.

“These incidents are concerning and we would like to avoid them, so we are respectfully requesting that customers no longer openly carry firearms into our stores or Sam’s Clubs in states where 'open carry' is permitted — unless they are authorized law enforcement officers,” the statement said.

Dmitriy Andreychenko, 20, faces up to four years in prison and a $10,000 fine after he brought more than 100 rounds of ammunition to a Walmart in Springfield, Mo., as part of a “social experiment.”

Walmart, the largest firearm retailer in the country, stopped selling assault-style rifles in 2015 and in 2018 raised the age to purchase guns from 18 to 21.

McMillon wrote that Walmart believes “reauthorization of the Assault Weapons ban should be debated to determine its effectiveness” and called on lawmakers to strength background checks.

“As we’ve seen before, these horrific events occur and then the spotlight fades. We should not allow that to happen,” the CEO’s statement read. “Congress and the administration should act. Given our decades of experience selling firearms, we are also offering to serve as a resource in the national debate on responsible gun sales.”

The change in some ammunition sales comes after the company initially said that it has issued no directives to alter policy.

As many as 40 employees walked out of the company’s e-commerce office in California to protest inaction in the retail giant's gun sales.