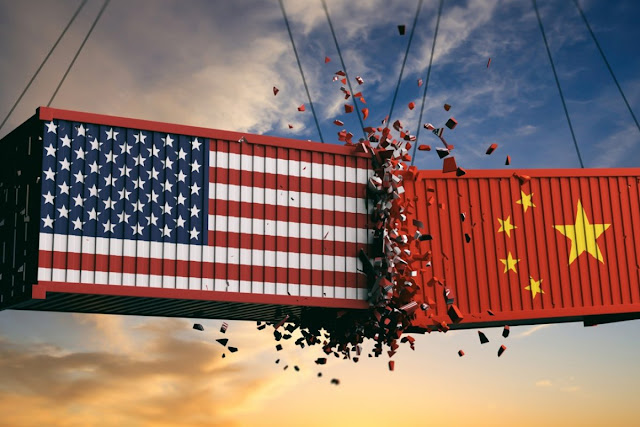 President Trump said Wednesday that the U.S. will delay an upcoming increase in tariffs on $250 billion worth of goods from China at the request of Beijing, calling it a “gesture of good will.”

Trump tweeted that he would push back tariffs set to go into effect on Oct. 1 to Oct. 15 at the request of Chinese Vice Premier Liu He because the People's Republic of China will be celebrating its 70th anniversary on Oct. 1.

"At the request of the Vice Premier of China, Liu He, and due to the fact that the People's Republic of China will be celebrating their 70th Anniversary on October 1st, we have agreed, as a gesture of good will, to move the increased Tariffs on 250 Billion Dollars worth of goods (25% to 30%), from October 1st to October 15th," Trump wrote in a pair of tweets.

U.S. and Chinese officials, meanwhile, have agreed to meet to continue trade talks next month. Beijing earlier Wednesday said it would lift tariffs on some American-made goods, though the goods did not include agricultural products, like soybeans, sales of which have been severely impacted because of the trade war.

"I think they did the right thing. I think it was good for them," Trump told reporters earlier Wednesday of China's decision. "I think it was a gesture, OK? But it was a big move. People were shocked. I wasn’t shocked. But I deal with them, and I know them and I like them. And I hope we can do something."

The developments signal a thawing of sorts between the U.S. and China as officials plan to meet to continue trade discussions that have thus far failed to produce an agreement between the world’s two largest economies.

The increased tariffs came in response to a new round of reciprocal tariffs on China.

Stock markets took a dramatic downturn on the Friday he announced plans to increase tariffs on goods from China.

But days later, Trump signaled a softer approach to China at the Group of Seven summit in Biarritz, France. Trump spoke optimistically about the prospect of a trade agreement with Beijing and said they wanted to come to the table, in what some outsiders interpreted as an effort by the present to settle market reactions to the ongoing dispute.

Trump also took a complimentary tone when describing Chinese President Xi Jinping, after suggesting he was an “enemy” of the United States days earlier.

Trump has made cracking down on China’s unfair trade practices a central point of his administration’s work during his first term. But the president has faced hurdles in inking a deal with China, and each side has imposed tariffs over a period of more than a year.

Meanwhile, the trade war has shown signs of hurting the U.S. and global economy, and economists have increasingly warned of the potential for a recession before the end of 2020.

Trump administration officials have sought to project confidence on the U.S. economy, accusing the media and Democrats of amplifying speculation about a possible recession to hurt the president’s reelection chances. Trump aides have also pointed to the low unemployment rate and other figures as evidence the economy is strong.