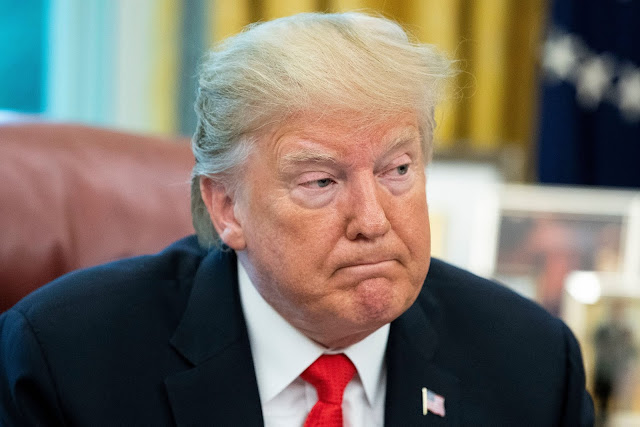 President Trump announced Saturday he had canceled a planned secret meeting with leaders of the Taliban and Afghanistan's president at Camp David.

Trump also said he had called off negotiations with the insurgent group after Taliban leadership claimed credit for a deadly attack in Kabul.

The announcement came days before the 18th anniversary of the September 11th terrorist attacks.

In a series of tweets, the president condemned Taliban commanders for an attack in the Afghan capital that killed 11 civilians and a U.S. service member and questioned whether the leaders of the militant group could negotiate a "meaningful" peace agreement.

Trump said that the Taliban had admitted to the suicide car bombing “in order to build false leverage” and that he had called off negotiations with the Afghan insurgent group as a result, scuttling negotiations when the two sides appeared close to reaching a deal. It was not immediately clear if the president's tweets would permanently stop negotiations.

"Unbeknownst to almost everyone, the major Taliban leaders and, separately, the President of Afghanistan, were going to secretly meet with me at Camp David on Sunday. They were coming to the United States tonight. Unfortunately, in order to build false leverage, they admitted to an attack in Kabul that killed one of our great great soldiers, and 11 other people," Trump tweeted.

"I immediately cancelled the meeting and called off peace negotiations. What kind of people would kill so many in order to seemingly strengthen their bargaining position?" he asked.

"They didn’t, they only made it worse! If they cannot agree to a ceasefire during these very important peace talks, and would even kill 12 innocent people, then they probably don’t have the power to negotiate a meaningful agreement anyway. How many more decades are they willing to fight?" Trump finished.

The White House has not provided more information about the president’s tweets in response to a request from The Hill. The details surrounding the meeting referenced by Trump were unclear.

The Trump administration has been negotiating for months with Taliban leaders from the group's political office in Doha, Qatar, despite the group's refusal to engage directly with the Afghan government, which it views as a U.S. puppet.

A spokesperson for the militant group took credit for a Monday bombing in Kabul that killed 12 people in an interview with The Associated Press, claiming that it gave the group a stronger bargaining position.

“[W]e understand that peace talks are going on ... but they must also understand that we are not weak and if we enter into talks ... we enter from a strong position,” the spokesperson said.

U.S. envoy Zalmay Khalilzad announced earlier this week that the Trump administration had reached an agreement "in principle" to shutter several bases and withdraw 5,000 troops from the country within about five months in exchange for a peace deal with the Taliban.

Trump campaigned on withdrawing U.S. troops from Afghanistan during 2016 to end America's longest war, but has faced hurdles in fulfilling that promise.

Military leaders have argued for the need or a continued presence in Afghanistan, where the United States currently has roughly 14,000 troops. Trump has also faced pressure from his Republican allies on Capitol Hill, like Sen. Lindsey Graham (R-S.C.), who have warned against a full withdrawal from the worn-torn country.

Trump said in late August that he planned to withdraw a substantial number of troops from Afghanistan but leave a presence of 8,600 service members.

Trump was asked about the status of negotiations with the Taliban and whether he was ready to sign onto an agreement on Wednesday. The president said negotiations were continuing and that “we’re going to see what happens.

“We’re going to be talking to them.  We’re continuing to talk.  We’ve been there 19 years,” Trump told reporters Wednesday afternoon during an event announcing grants to help states fight the opioids crisis.