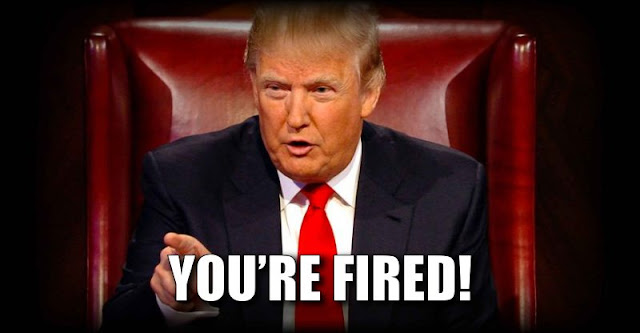 With John Bolton’s resignation, President Trump is now looking for his fourth national-security adviser in less than three years — fifth, if you count Keith Kellogg filling in for a week in between Michael Flynn and H. R. McMaster. Yes, all cabinet offices serve at the pleasure of the president, and when the president and his top national-security official disagree so strongly, the president is entitled to ask the adviser to leave.

The curt tone of James Mattis’ resignation letter and not-so-subtle allusions to what makes a good leader in his new book indicates that the former secretary of defense departed the job with great frustration about Trump’s worldview and how he treated U.S. allies.

Many who go to work for Trump seem to leave their jobs exasperated and angry. Many of the president’s fans will insist upon interpreting this as just a bad series of cabinet picks who turned out to be insubordinate, lazy, bad at their jobs, or secretly opposed to the president’s agenda. Do you think everybody Trump chose for all of these positions turned out that way? And if every one of them turned out to be such a lousy choice . . . at what point does that reflect upon the man who’s choosing them?

When the president’s agenda includes inviting the Taliban to Camp David, reinstating Russia into the G-7, buying Greenland, nuking hurricanes, and slowing down assistance to Ukraine, it’s not hard to understand why members of the military and intelligence community would have friction while working with Trump.

If there’s any silver lining to this, it’s that we can laugh at everyone who argued that Trump’s administration represented some sort of covert military takeover of the government. Remember when liberals like the gang over at The Nation complained that the retired generals in Trump’s cabinet constituted “a clique of ‘warrior-generals’ who may spell the end of the democratic experiment”? William J. Astore warned that Mattis, Flynn, and Kelly’s “presence in the highest civilian positions represents nothing short of a de facto military coup in Washington, a coup that required no violence since the president-elect simply anointed and exalted them as America’s security saviors.”

Good call, pal. You really had your finger on the pulse of this administration there. If anything, Mattis, Kelly, and later H. R. McMaster acted as guardrails that kept the president from deviating too much from the established status quo in defense and foreign policy. They’re gone, and we’ve got Trump unleashed. And unsurprisingly, an unleashed Trump is becoming an impossible boss.