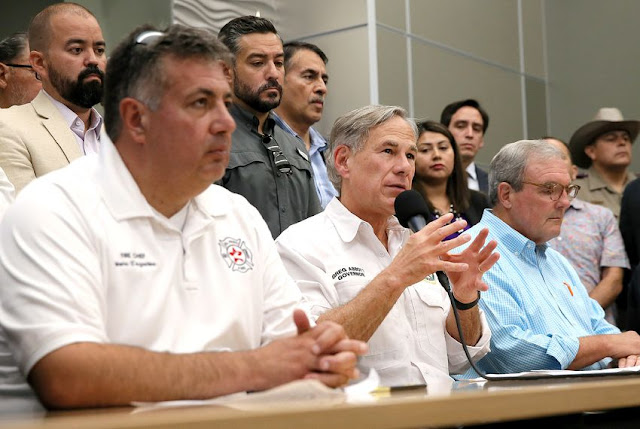 Gov. Greg Abbott’s declaration that words are inadequate and must be met with action signals a turn from politics to policy. He’s better, historically speaking, at the former. What he’s proposing now will require some coalition-building in a divided political culture and with a Legislature riven by scandal.

Abbott had a good legislative session this year, along with his compadres, Lt. Gov. Dan Patrick and House Speaker Dennis Bonnen. They racked up wins on school finance and property tax legislation, managed a session that didn’t devolve — like the 2017 session — into angry debate over outlawing “sanctuary cities” and regulating access to public bathrooms.

It was a good session, but not one that your grandchildren will read about in their Texas history textbooks. That’s really the nature of state government: It’s more notable in its failures than in its successes, a frustrating setup for politically ambitious people who aspire to fame, glory and maybe even higher office. The list of historically renowned Texas governors is a lot shorter than the history of the state.

But the governance problem of the day — mass shootings — is also deeply political. The governor is clearly feeling the heat. His recent “mistakes were made” apology for throwing matches at the dry straw that is the immigration debate was passive, but it was still an apology. More importantly, it was uncharacteristic for a governor who only rarely admits error.

He followed with a list of “executive actions” that attempt to raise law enforcement attention to and communications about reports of people who might pose threats. He’s promising legislative proposals next week.

The gunfight in Texas government is tired and predictable, and changing its direction would require breaking from party doctrine, particularly on the Republican side. The proof is fresh: In that same successful legislative session this year, the governor asked lawmakers to respond to mass shootings at a school in Santa Fe, near Houston, and at a church in Sutherland Springs, near San Antonio. Lawmakers addressed school safety and mental health, but all of the gun laws approved this year loosened restrictions on their sales, use and possession.

Abbott’s digging for a meaningful response now. Bonnen and Patrick formed a joint committee on “mass violence prevention and community safety.” Five dozen Texas lawmakers wrote a public letter to the governor and held news conferences around the state calling for a special legislative session on guns, with a to-do list of regulatory legislation they couldn’t pass during the regular session earlier this year.

That triggered a cranky response from the governor’s office: “Gov. Abbott made clear in Odessa that all strategies are on the table that will lead to laws that make Texans safer. But that doesn't include a helter-skelter approach that hastily calls for perfunctory votes that divide legislators along party lines. Instead, the governor seeks consensus rather than division. The Democrats who are part of today's partisan pitch can be part of the bipartisan legislative process announced yesterday that is geared toward achieving real solutions, or they can be part of politics as usual that will accomplish nothing. Legislating on tough issues is hard and takes time. If Democrats really want to change the law, they need to stop talking to cameras and start talking to colleagues in the Capitol to reach consensus.”

Sounds like the beginning of a beautiful friendship, doesn’t it?

And it’s not as though Republican lawmakers would enter a legislative session in partisan lockstep. They’ve got political troubles of their own that have nothing at all to do with firearms.

Immediately after the regular legislative session, Bonnen and state Rep. Dustin Burrows of Lubbock, at the time the chairman of the House Republican Caucus, held an hourlong meeting at the state Capitol with Michael Quinn Sullivan of Empower Texans, an activist and regular source of annoyance for the Republican establishment. Long story short: Bonnen and Burrows said a lot of things that would offend other House members, Sullivan recorded their meeting and has played it for some of those members, and the Texas Rangers are investigating and trying to sort it out.

Whatever the Rangers do, Bonnen — who has only had the speaker’s job since January — has House members looking in their rearview mirrors and trying to decide if they chose the right leader. Calling lawmakers back to town to work on something as contentious as arms and safety regulation is risky and often unproductive, especially on the threshold of an intense election season. Compounding that with an undercurrent of legislative in-fighting and insurrection seems downright treacherous.

Especially if your strength is politics, and not policy.