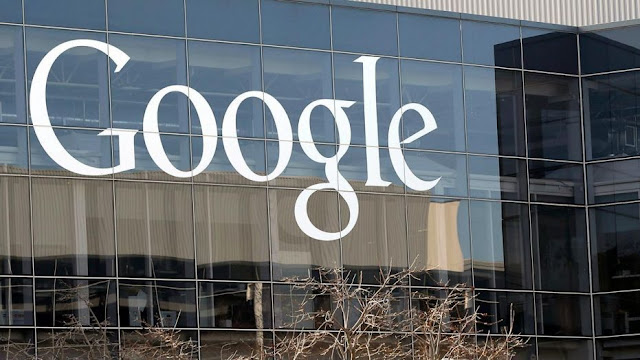 A coalition of 50 attorneys general will be investigating Google for potential violations of antitrust law, a step that could potentially lead to a broad legal challenge to the company’s market dominance.

The investigation, led by Texas Attorney General Ken Paxton (R) and Washington, D.C., Attorney General Karl Racine (D), was announced on the steps of the Supreme Court building Monday afternoon after months of rumors about states seeking to turn up the pressure on Silicon Valley.

The probe will focus on Google’s dominance in the online search and advertising markets.

"We have 50 attorneys general from across the nation who are involved in this investigation that we're leading from Texas," said Paxton. "This is a company that dominates all aspects of advertising on the internet and searching on the internet as they dominate the buyers' side, the sellers' side, the auction side and even the video side with YouTube," he said of Google.

The coalition includes 48 states, plus the District of Columbia and Puerto Rico. California and Alabama are the only two states not to join the investigation.

The probe is in very its early stages, and the group said they weren't ready to discuss what kind of remedy they would pursue if they found that the internet search giant had violated competition laws.

The state-led effort comes as Google and other tech companies like Facebook are facing multiple investigations at the federal level over whether they have violated the nation's antitrust laws.

But many of Silicon Valley's critics have felt that federal law enforcers have been too hands-off with the tech industry's giants and see the states' investigation as a sign they're seeking to fill the void.

"I suspect it will spur on federal investigators who will see the states are moving and being active and who will feel compelled to do the same," Sen. Josh Hawley (R-Mo.), an outspoken critic of Facebook and Google and a former Missouri attorney general, said on a call with reporters on Monday.

The group of attorneys general announcing the investigation Monday declined to criticize the federal government's efforts on antitrust and said they were looking forward to cooperating with the Federal Trade Commission (FTC) and the Department of Justice (DOJ). But they also made it clear that they were planning to be more aggressive.

When asked for comment, a Google spokesman pointed to a blog post published by Kent Walker, the company's chief legal officer, on Friday after it was revealed that the DOJ had sent Google requests for records.

"We have answered many questions on these issues over many years, in the United States as well as overseas, across many aspects of our business, so this is not new for us," Walker wrote. "The DOJ has asked us to provide information about these past investigations, and we expect state attorneys general will ask similar questions. We have always worked constructively with regulators and we will continue to do so."

The state attorneys general sent their own records request to Google on Monday, which they said focused solely on advertising.

Google is not the only company in state officials' crosshairs.

A smaller group of attorneys general, led by Democrat Letitia James of New York, announced a similar probe of Facebook's market power on Friday. Facebook also revealed that it is facing an antitrust investigation from the FTC.

The heightened regulatory scrutiny comes as Silicon Valley has lost favor among lawmakers in Washington following a string of privacy scandals and growing questions about whether they have suppressed their respective markets through monopoly power.

Google is no stranger to antitrust scrutiny. The European Union has fined the company three times in recent years for violating its competition laws through its conduct in comparison shopping, online advertising and mobile operating systems.

But Google has escaped any serious sanctions in its own country. The FTC closed an antitrust investigation into the company in 2013 without pressing charges over anticompetitive conduct, though agency staff had recommended it at the time.

Multiple attorneys general, including Racine and Utah's Sean Reyes (R), have since asked the FTC to reopen the investigation, which focused on Google's search practices.

"They declined to reopen that investigation at the time that General Racine and I asked them to," Reyes said Monday. "The EU then issued fines and sanctions based on those very same complaints and concerns, and I’ll just leave it at that."

Racine added that while they plan to cooperate with the federal agencies, the group won't settle for any course of action "that may fall short" of what the states think needs to be done.

“We’re going to do what we think is right based on our investigation,” Racine said.