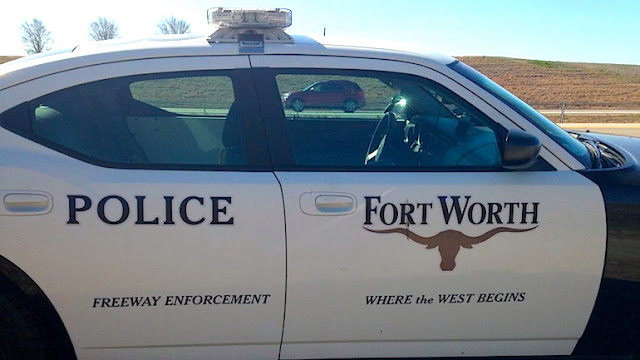 A Texas father foiled a potential mass shooting last week after he informed Fort Worth police that his son was allegedly trying to purchase guns to commit a mass shooting.

Police spokesperson Officer Buddy Calzada said that a 27-year-old white male professed his desire to “kill as many” people as he could after a series of mass shootings in the state, The Fort Worth Star-Telegraph reported Tuesday.

“He made multiple statements to officers indicating he was going to harm many people, kill as many as he could, go to Midland-Odessa and kill people,” Calzada said.

Seven people, including three members of law enforcement, were killed and dozens more injured last month during a deadly shooting rampage in Midland and Odessa, Texas,

The man’s father called police last week and reported that his son had withdrawn money with the purpose of doing to buy guns.

The son was not able to purchase any firearms because he failed a background check at several business, according to police.

When officers located the suspect, he had more than $600 in cash and said he was trying to buy a gun off the street, the outlet reported.

This is reportedly not the first time police have interacted with this man. Officials said he is known to have several mental health issues.

He has since been checked into a local clinic to receive mental health care, police said. Details of his treatment will not be released.

“We are thankful someone spoke out and alerted the police,” he said. “We always encourage our citizens that if they see something, say something. And that is exactly what happened in this situation.”

The incident comes after a series of deadly mass shootings in Texas and other parts of the country.

The FBI issued a statement warning of the potential for copycat attacks by domestic extremists “inspired” by the massacres.

"The FBI remains concerned that U.S.-based domestic violent extremists could become inspired by these and previous high-profile attacks to engage in similar acts of violence," the statement said. "The FBI asks the American public to report to law enforcement any suspicious activity that is observed either in person or online."