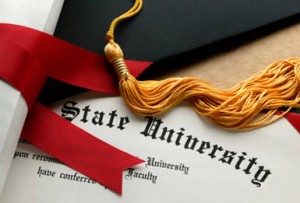 The huge college bubble is slowly deflating as more and more employers figure out that the BA degree isn’t a very good tool for sorting prospective workers. In a recent Martin Center article, John Locke Foundation writer Dan Way looks at an array of alternatives that have sprung up to give young people the actual training they want and need rather than years of coursework they find boring.

Way quotes Isaac Morehouse, founder of two organizations that enable students to prepare for the labor force without college: “People will realize more and more you can bypass that, and you can learn the skills cheaper and quicker in other ways, and you can prove that you’re worth hiring in ways that are more effective than that diploma.”

For many years, the trend was for employers to insist on college credentials for applicants — even for jobs that call for no particular skill or knowledge. That trend seems to have reversed. Way writes, “Phil Gardner, director of the Collegiate Employment Research Institute at Michigan State University, said his organization’s recent study showed 62 percent of employers have shifted away from hiring practices focused on a candidate’s college major or are contemplating doing so. And in an Association of American Colleges and Universities study, 78 percent of CEOs and upper management said academic discipline doesn’t matter as much as what a job candidate can do.”

One person who has made that change is Charles Marohn, president of the online media company Strong Towns. He admits that he had some bad hiring decisions by looking at impressive resumes and cover letters. Now he tries to “hire the best people, not the best resumes.”

Way explains how Marohn now evaluates candidates: “His first step is to simply ask for an email address and location. Online Q&A sessions and two sets of questionnaires are used to gauge candidates’ style and approach, work habits, and life experiences. Only after that four-step process are resumes and references requested, and interviews scheduled. Marohn said some of his best hires would have been weeded out of the process quickly if he sought resumes first.”

This is great news. The “college for everyone” movement has been extremely wasteful for the country and a boon for the academic left. The faster the bubble deflates, the better.