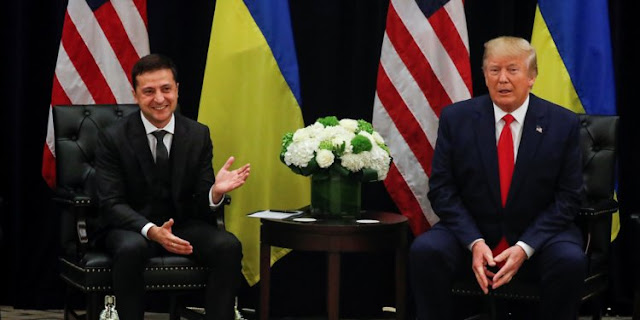 The House Intelligence Committee on Thursday released a declassified version of a whistleblower complaint detailing allegations about President Trump's contacts with Ukraine's president.

Congress was originally denied access to the whistleblower complaint, the topic of which leaked earlier this week.

The complaint raises concerns about a July 25 phone call between Trump and Ukrainian President Volodymyr Zelensky where they discussed former Vice President Joe Biden and his son, as well as alleged "efforts to restrict access to records related to the call."

“The public has a right to see the complaint and what it reveals," Intelligence Committee Chairman Adam Schiff (D-Calif.) said on releasing the document.

The committee on Thursday morning will hear from acting Director of National Intelligence Joseph Maguire in a hearing on the whistleblower's complaint.

Read the full complaint as released by Congress below: