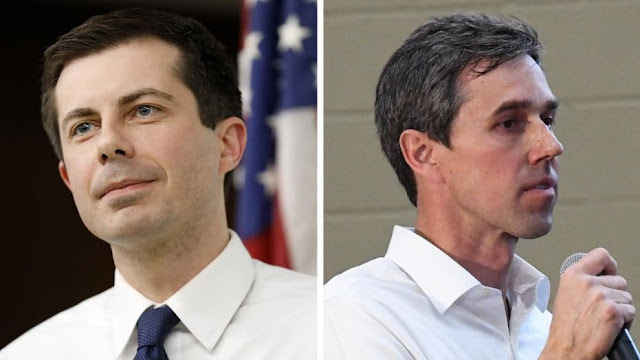 In a 2018 midterm election that didn’t give Republicans a lot to laugh about, one development that no doubt left them smiling was watching progressives across the country donate $80 million to Beto O’Rourke, in a Texas Senate race that was always going to be a steep uphill climb. Democratic party leaders can fairly grumble that if even a fraction of that money gone to, say, Stacey Abrams or Andrew Gillum or Bill Nelson, 2018 would have gone even better for them.

I think it's fair to question whether Pete Buttigieg is this cycle’s Beto O’Rourke — a walking charm machine who thrills the donors but is running in a race he can’t win, amounting to a waste of resources.

Buttigieg has raised $32 million since the start of the cycle, an off-the-charts sum for a guy who started the race as an obscure mid-sized city mayor. The New York Times notes he’s the rare candidate who has simultaneously impressed both the elite big donors and the online left grassroots donors. For obvious reasons, gays and lesbians are thrilled to see an openly gay Democratic presidential candidate. He’s a Midwestern veteran who can get donors to write checks in Silicon Valley, Martha’s Vineyard, and Nantucket.

And yet . . . he’s at 4.8 percent in the RCP average nationally, 7.5 percent in Iowa, 7.6 percent in New Hampshire, 5 percent in Nevada, 4.7 percent in South Carolina. A solid fifth place in a 24-person race isn’t bad, but it’s still fifth place. After making a big splash, Buttigieg is sliding into “noteworthy also-ran” status.

Playing off Ron Brownstein’s classification of “beer Democrats” and “wine Democrats,” Scher mocks Buttigieg as “the IPA of Campaign 2020, a hipster nerd flavor” and laments, “even though the Democratic donor community has been expanded with the rise of easy-click online giving, it remains a small, disproportionately white, disproportionately wealthy faction of the total Democratic electorate.”

But the issue isn’t really that they’re white (the United States is still 76.5 percent white, according to the Census Bureau), and we shouldn’t be surprised that big political donors tend to be wealthier than average because they’re the ones who are likely to have the money to donate to a political candidates. No, the issue of which kind of candidate attracts swooning donors relates a bit to Amanda Hess’ essay in today’s New York Times, observing that the most important political figures in American life no longer have constituents, they have fans, complete with merchandising. The South Bend mayor personifies, crafted, and sculpted an image and “brand” that intensely appeals to some Democratic party demographics but not others. He is exactly the guy you want if you need to wow a group of big Democratic donors in the Hamptons. He is not the guy you want speaking from the pulpit of an African-American church in Charleston.

David Brooks called Buttigieg “an older person’s idea of what a young person should be” — Harvard, Oxford, McKinsey Consulting, time in uniform, married, talks a lot about his faith in a way that soothes secular progressives, opposes the designated hitter in baseball. It’s like he was engineered in a laboratory to be the subject of a a gushing New York Times magazine cover piece.

Part of the problem is that Buttigieg more or less came out of nowhere, and voters haven’t “traveled” with him yet. Even Obama had been on the national scene for two years when the 2008 campaign cycle started in January 2006. He’s 37, but looks young enough to get carded if he tries to buy beer. He’s polished and prepared and good in his debate performances — maybe a little too good. It’s a fine line between polished and slick. You can almost hear his past presentations in corporate conference rooms: “At McKinsey, we believe your company’s greatest problem is also your company’s greatest opportunity . . .”

Democratic primary voters can be forgiven if they like Buttigieg but aren’t sure they want to trust him with the nomination yet.