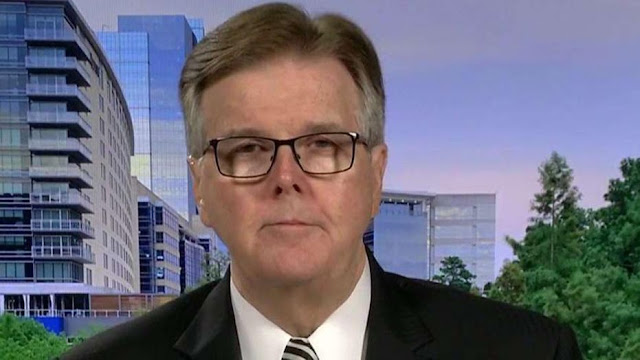 Patrick, a staunch gun rights advocate, told The Dallas Morning News in an interview that while he opposes background checks for transfers of firearms among family members and between friends, he believes it is “common sense” to mandate the checks for sales between people who don’t know each other.

“That gap of stranger to stranger we have to close, in my view,” said Patrick. “When I talk to gun owners, NRA members and voters, people don't understand why we allow strangers to sell guns to total strangers when they have no idea if the person they're selling the gun to could be a felon, could be someone who's getting a gun to go commit a crime or could be a potential mass shooter or someone who has serious mental issues.”

“Look, I'm a solid NRA guy,” he added, “but not expanding the background check to eliminate the stranger to stranger sale makes no sense to me and ... most folks.”

Patrick’s comments come in the aftermath of a spate of shootings, the deadliest of which occurred last month in El Paso, Texas, when a shooter killed 22 people with an assault rifle.

The attacks have rekindled the national conversation around gun violence and reforms that could be passed in Washington to curb future violence.

Democrats have pushed for a wide range of reforms, including universal background checks and an assault weapons ban, while Republicans have said they would not consider any reforms that don’t have the support of President Trump.

Trump has provided mixed signals about background check legislation and so-called red-flag laws that would allow local authorities to remove guns from people deemed a threat to themselves or others.

The NRA, which has sought to pour cold water on nearly all the proposed reforms, came out swinging against Patrick on Friday after he signaled support for instituting background checks for gun sales between strangers.

“Criminalizing private firearm transfers would require a massive, governmental gun registration scheme. Instead of trampling the freedom of law-abiding Americans, the government should focus upon actual solutions: fixing our broken mental health system, prosecuting known criminals and enforcing the existing gun laws that require follow-up whenever a prohibited person tries to buy a firearm,” the NRA Institute for Legislative Action said in a statement.

Patrick, however, maintained that doing nothing would aid Democrats in their push to implement steep reforms should they regain power in the future.

“One day, [Democrats] could have the White House again, and they could have Congress, and they will pass draconian laws that dramatically impact our Second Amendment rights,” he said. “And if Republicans do some common sense things, that helps us stave off that day.”