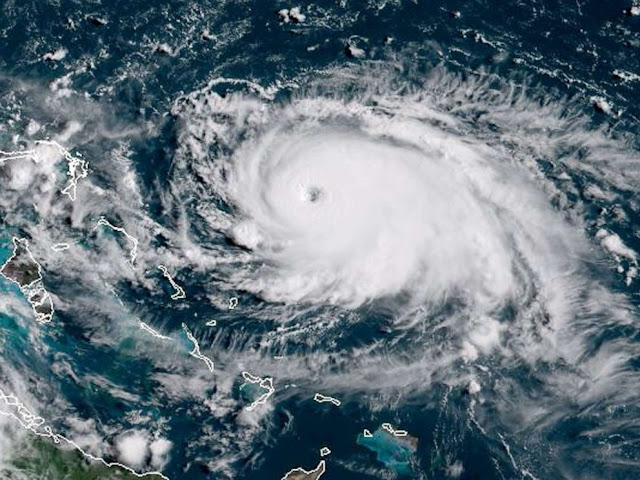 The hurricane center said on Twitter that Dorian had "devastating" sustained winds of 160 mph winds as it headed toward the Bahamas.

It also warned of a “life-threatening storm surge and very heavy rainfall” in the area of the Abaco Islands, east of southern Florida.

Dorian is expected to make landfall in the region on Sunday.

Much of Florida's east coast is now under a tropical storm warning. The storm is projected to slow and head northward as it nears the state, potentially resulting in hurricane-force winds for parts of the Florida coast by mid-week, according to the hurricane center.

“Residents should have their hurricane plan in place, know if they are in a hurricane evacuation zone and listen to advice given by local emergency officials,” the center said Sunday morning.

“There is an increasing risk of strong winds and dangerous storm surge along the coasts of Georgia, South Carolina, and North Carolina later this week,” it added. “Residents in these areas should continue to monitor the progress of Dorian.”

Tourists in the Bahamas have been evacuated to government shelters in schools and churches, according to NBC News.

Residents, meanwhile, have boarded up their homes and, in some cases, been moved to larger islands from low-lying areas by boat. Grand Bahama and Great Abaco Island are home to about 70,000 people in all.