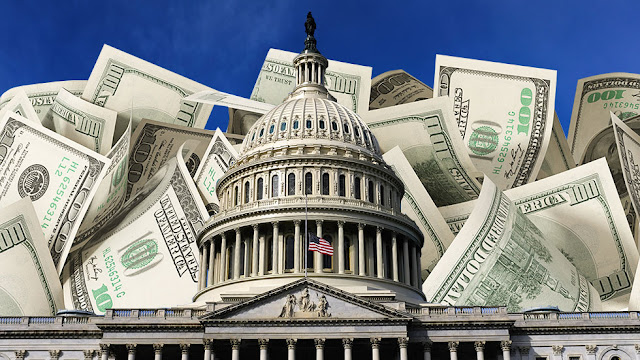 The deficit presently stands at $1.068 trillion, though it is likely to be reduced in September as quarterly tax payments are paid.

"In its most recent baseline projections, CBO estimated that the 2019 budget deficit would be $960 billion," the CBO noted. That amount would be $181 billion higher than last year's deficit.

The deficit as of Monday was running $168 billion ahead of the deficit in the last fiscal year at this time.

While mandatory spending such as Social Security and Medicare drive the deficit, it has shot up under President Trump's watch following the GOP tax cut bill and a series of bipartisan agreements to raise spending on both defense and domestic priorities.

The CBO has called the nation's fiscal path "unsustainable," noting that payments on interest alone were on track to overtake both defense and domestic spending by 2046.

Recent concerns over a possible economic downturn or recession have further exacerbated concerns about the nation's fiscal situation, which tends to worsen when the economy slides.