Arrests at southern border drop to 64,000 in August 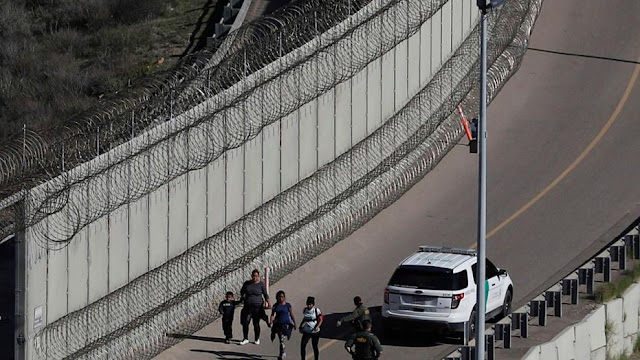 "The president has made it very clear that he’s going to use every tool available to him and this administration to address this unprecedented crisis at the southern border," Morgan said during a briefing at the White House.

Border crossings tend to decrease during the hot summer months, but this year’s drop in arrests has been significant.

Trump threatened in June to impose tariffs on Mexican goods if the country did not take stronger actions to curb the flow of migrants headed for the U.S. border. Trump backed off the tariffs after Mexico said it would do more to address immigration.

In the months since, Trump has often praised Mexico for its enforcement measures, and Morgan said Monday that the Mexican government has apprehended roughly 134,000 people so far this year, up from 83,000 in all of 2018.

"The government of Mexico has taken meaningful and unprecedented steps to help curb the flow of illegal immigration to our border," he said, while noting later that Mexico needs “to do more.”

Morgan called on Mexico to sustain the number of troops the country has deployed to the border, expand the Migrant Protection Protocols (MPP) program, and continue to share intelligence with U.S. officials.

Morgan later expressed concern about whether Mexico and other partners in the Northern Triangle would be able to sustain the commitments made so far.

His remarks come after Trump lauded Mexico last week for sending thousands of troops to the border.

“I want to thank, again, the country of Mexico,” Trump told reporters during a briefing on Hurricane Dorian. “They have 25,000 soldiers right now protecting our border.  And they’ve done a fantastic job. So we appreciate that very much. Mexico has never helped us on the border and they are now.”

Trump has made cracking down on legal and illegal immigration a cornerstone of his administration. He has used executive power to attempt to limit asylum claims and pressure other countries to do more to take in migrants.

The president has repeatedly blamed Democrats for failing to pass stronger immigration laws, though his own administration's proposals have struggled to win support in the GOP-controlled Senate.

Morgan said Monday that White House senior adviser Jared Kushner was still crafting an immigration plan that he hoped would win support, but the contours of that plan were first unveiled months ago and have not gained traction.

He urged Congress to submit a plan of its own and warned that apprehensions at the border could spike without action.

“We are absolutely encouraged by the downward trend of apprehension numbers, but we know these numbers could always spike upwards," Morgan said.

"We cannot rely solely on the government of Mexico or our Central American partners to solve the pull factors created by our broken system," he added. "Unless the laws change, these numbers will rise again next year."