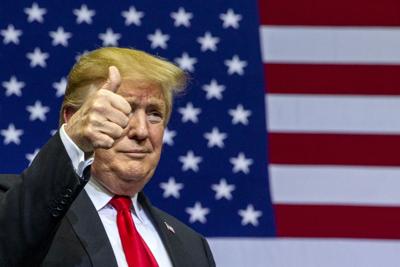 White House spokesman Hogan Gidley said Tuesday that President Trump is looking at a new round of tax cuts, but dismissed the idea that the administration is trying to counteract a looming economic slowdown.

In an interview on Fox News, Gidley argued that the economy is doing well and that discussions of tax cuts are about giving people back their money.

“What I can tell you is the same thing [White House economic adviser] Larry Kudlow said and the same thing that the president of the United States has said, that he’s looking at tax cuts again. We think that spurs on this economic expansion," Gidley said on “America’s Newsroom.”

He added that a payroll tax cut is "not being considered at this time, but he’s looking at all options out there to try and give people back so much of the hard-earned money they’ve made."

White House conversations this week, Gidley said, have been about "all types of options" to give people more take-home pay.

The comments follow reports in The Washington Post and The New York Times that White House officials have started discussing a possible payroll tax, among other ideas, in an effort to prevent a recession. The reports said that discussions of a potential payroll tax cut, which would need to be passed by Congress, are early.

There have been some warnings from economists and the markets that a recession could be nearing, with a recent National Association for Business Economics survey finding that most economists think one will happen by the end of 2021.

But the White House has repeatedly said that the economy is doing well and that media stories about recession fears are disingenuous.

The media "wanted so many of these lies about the president to be true," Gidley said.