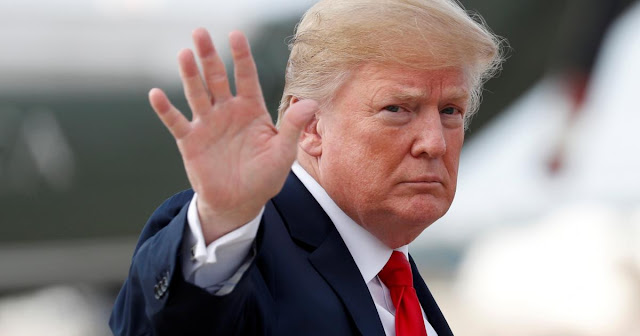 Acting U.S. Citizenship and Immigration Services (USCIS) Director Ken Cuccinelli on Monday defended a controversial Trump administration rule that would link an immigrant's ability to secure green cards to their use of certain public programs.

Cuccinelli told reporters at the White House that the "public charge" change promotes “the ideals of self-sufficiency and personal responsibility.”

"We certainly expect people of any income to be able to stand on their own two feet. If people are not able to be self-sufficient, then this negative factor is going to bear very heavily against them in a decision about whether they’ll be able to become a legal permanent resident," he said.

“A poor person can be prepared to be self-sufficient. Many have been through the history of this country. Let’s not look at that as the be all and end all, it’s not the deciding factor. Which is why we continue to use the totality of circumstances test.”

Under the rule set to be published in the Federal Register on Wednesday, receiving benefits like food stamps, Medicaid or housing subsidies will count negatively against a non-citizen's chances of getting green cards of visas. The "public charge" designation previously only singled out non-citizens receiving cash subsidies. Immigration advocacy groups have expressed concerns that expanding the designation could discourage immigrants from seeking necessary assistance.

Cuccinelli's mention of a "totality of circumstances test" refers to the holistic evaluation immigration officials will make over public charge designation, which also includes age and health.

One reporter asked whether the rule change signals a shift from the promise on the Statue of Liberty to welcome "your tired, your poor."

"I’m certainly not prepared to take anything down off the Statue of Liberty. We have a long history of being one of the most welcoming nations in the world on a lot of bases," Cuccinelli responded. "Whether you be an asylee, whether you be coming here to joining your family, or immigrating yourself.

Cuccinelli was also pressed on criticism that the rule change targets Latinx communities in particular.

"First of all, this is 140-year-old legal structure," he said. "We’re dealing with the most recent iteration of it but this is not new. This was the same question might have been asked when my Italian immigrant ancestors were coming in, and all through that 140 years."

When asked again about the majority of those likely to be affected being Latinx, Cuccinelli said that "if we had been having this conversation 100 years ago it would’ve applied to more Italians.”