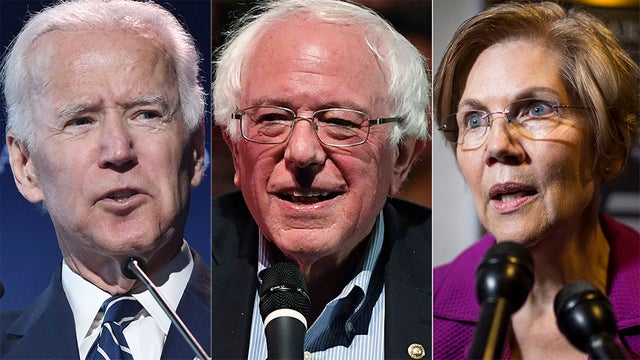 Monmouth poll from a few days ago had some pretty surprising numbers: Senators Elizabeth Warren and Bernie Sanders were tied for first place with 20-percent support, ahead of Joe Biden who came in just behind them at 19 percent.

It was one of the first polls — if not the only poll — since Biden entered the race in April to show anyone ahead of the former vice president. And, as one-off, early primary polls often do, it quickly fed a news-cycle narrative that perhaps Biden’s many gaffes were finally starting to hurt him, and that we’d start to see a two-way race between Warren and Sanders.

But the Monmouth poll seems to have been an outlier. Just this morning, a USA Today/Suffolk poll of the Democratic primary had Biden back on top with a substantial lead on his competitors at 32 percent. The next closest was Warren (14 percent), followed by Sanders (12 percent), along with California senator Kamala Harris and South Bend mayor Pete Buttigieg tied at 6 percent.

It will likely take more than a few weeks of predictable gaffes for Biden to lose his luster among Democratic voters.