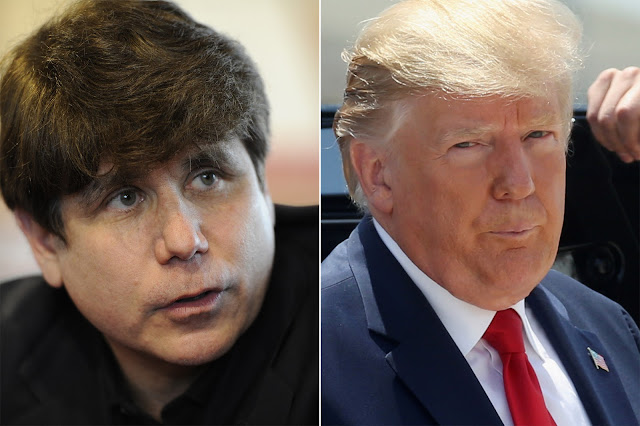 “I thought he was treated unbelievably unfairly," the president told reporters on Air Force One en route to Washington, D.C., after visiting the sites of recent mass shootings.

“His wife I think is fantastic and I’m thinking about commuting his sentence very strongly," Trump added. "I think it’s enough, seven years.”

Blagojevich was removed from office in 2009 and was later convicted of a wide array of corruption charges, including trying to sell Barack Obama’s Senate seat after he was elected president in 2008. The former governor began serving a 14-year prison sentence in 2012.

Trump on Wednesday downplayed Blagojevich's conduct on the call, chalking it up to "braggadocio."

“He’s been in jail for seven years over a phone call where nothing happens — over a phone call which he shouldn’t have said what he said, but it was braggadocio you would say," Trump said. "I would think that there have been many politicians — I’m not one of them by the way — that have said a lot worse over the telephone.”

Trump suggested that a group associated with FBI Director James Comey — a frequent target of criticism for the president — was involved in the case to convict Blagojevich. Comey was working in the private sector at the time of the arrest.

The president floated a commutation for Blagojevich last year, but has yet to take action. The two men knew each previously from when the former governor appeared on "Celebrity Apprentice."