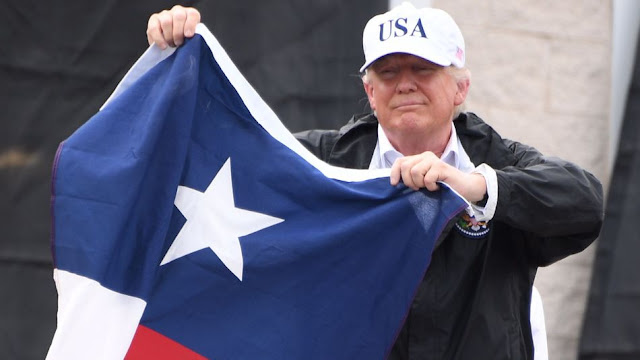 President Trump's campaign has reportedly spent almost $500,000 on Facebook ads in Texas this year, raising questions about whether his team is concerned the normally deep-red state could flip.

The Texas Tribune reported Friday that the Trump campaign spent $481,900 on the social media ads directed at Texans between Jan. 5 and Aug. 3, citing data from Bully Pulpit Interactive, a Democratic firm that monitors digital ad spending.

“When we think about digital ads, we think about it in terms of, ‘Is [Trump] using them to engage and excite his existing supporters, or is he using it to reach out and persuade new supporters?’” Bully Pulpit senior director of research and data Daniel Scarvalone told the Texas Tribune.

Trump spent $500,523 on Facebook ads targeting registered voters in Texas between March 24 and Aug. 10. The campaign spent more on Texas ads during that period than it did in Florida, California, Ohio or Pennsylvania.

The Texas Tribune reported, citing Facebook's ad library, that the two ads with the highest percentage of viewers from Texas focused on promoting a wall at the U.S.-Mexico border and calling 2020 Democratic candidates "crazy socialists."

Democratic Party officials told the Tribune that this suggests the Trump campaign might be concerned Texas is becoming a competitive state for 2020.

Trump campaign spokeswoman Kayleigh McEnany said in a statement to The Hill that Republicans have a long record of success in Texas.

“Every election there is the new great Democrat hope for Texas. Ask Governor Wendy Davis and Senator Beto O’Rourke how easy it was," she said, referring to Democrats who lost statewide elections.

"The last Democrat presidential nominee to win Texas was Jimmy Carter in 1976," she added. "We would love for Democrats to make a heavy investment in Texas, particularly in Houston and Dallas. Have at it.”