Trump says US will hit China with new round of tariffs 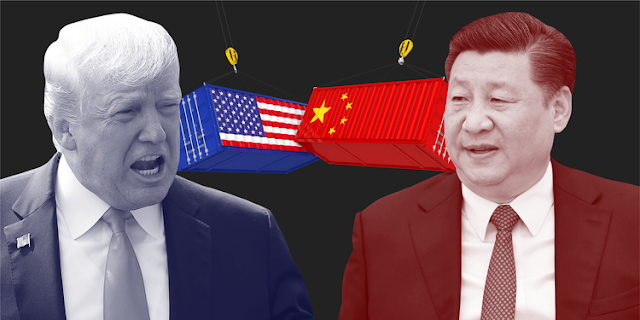 President Trump on Thursday threatened to impose new tariffs on virtually all remaining Chinese imports starting next month, ratcheting up the U.S. trade war with China following a brief ceasefire.

Trump tweeted that the U.S. would place a 10 percent tariff on $300 billion in Chinese goods beginning on Sept. 1 while “trade talks are continuing.”

That import penalty, combined with the existing 25 percent tariff on $250 billion in Chinese goods, would cover almost all products the U.S. brings in from China.

“We look forward to continuing our positive dialogue with China on a comprehensive Trade Deal, and feel that the future between our two countries will be a very bright one!” the president tweeted.

Trump’s unexpected announcement showed he is unhappy with the progress made in recent trade talks between U.S. and Chinese envoys in Shanghai. The talks broke up on Wednesday without making significant progress toward a trade deal.

The White House issued a statement on Wednesday that did not signal a tariff escalation. It called the talks with China “constructive” and said they would continue in early September.

The president’s tariff threat rattled financial markets. The Dow Jones Industrial Average fell more than 200 points on the news and the S&P 500 dropped by around 0.7 percent shortly after Trump tweeted.

Many lawmakers and economic observers have argued the tariffs will raise the cost of consumer goods, which could slow the U.S. economy in the midst of Trump’s 2020 reelection race.

“I think everyone loses in a trade war. We are an 80 percent service economy,” Cohn told BBC. “The service side of the economy is doing very well, because, guess what, it’s not being tariffed.”

But Trump has repeatedly said he is comfortable leaving tariffs on China in place. He has also expressed frustration that Beijing has not begun purchasing larger quantities of U.S. agricultural goods, something the president insisted they agreed to during the Group of 20 (G-20) summit in June.

“I don’t know if they’re going to make a deal. Maybe they will; maybe they don’t. I don’t care, because we’re taking in tens of billions of dollars’ worth of tariffs,” Trump said last Friday.

This week’s trade talks marked the first in-person negotiating session between the two sides since last May, when they collapsed after the U.S. accused China of backing away from key concessions. Trump and Chinese President Xi Jinping agreed during a June meeting at the G-20 to resume talks and hold off on additional tariff increases.