Trump imposes new sanctions on Russia over chemical weapons use 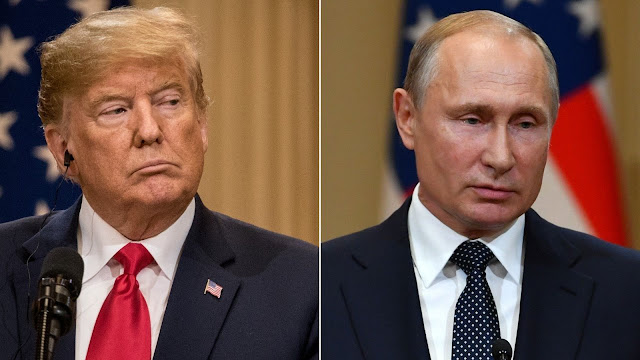 President Trump signed an executive order on Thursday imposing a second round of sanctions on Russia over the Kremlin's involvement in the poisoning of a former Russian spy and his daughter living in Britain.

A senior administration official told The Hill: “After the first round of sanctions in response to Russia’s use of ‘novichok’ in an assassination attempt against a private citizen in the United Kingdom, Russia did not provide the assurances required under U.S. law so we are imposing the second round of sanctions.”

The sanctions are the second group of punitive actions to be taken by the U.S. Treasury following the attack on former Russian military intelligence officer, Sergei Skripal, and his daughter, Yulia. Both were put into a coma following the attack and at least three others were sickened.

Intelligence officials from the U.S. and Europe have accused Moscow of involvement in the attack; the Kremlin has denied any wrongdoing.

The administration first imposed sanctions on Russia last August after the State Department determined that deadly use of Novichok, the nerve agent, violated the 1991 Chemical and Biological Weapons Control and Warfare Elimination Act passed by Congress.

Bipartisan lawmakers have criticized the Trump administration’s delay in taking what they say is legally mandated action to follow up on last year's sanctions.

The administration was required by last November to determine whether Russia had met a series of strict criteria under the 1991 law — including certifying it is no longer using chemical weapons — to avoid a second round of sanctions.

At the time, the State Department said Russia had triggered new sanctions and that the department was “consulting with Congress” on the next steps but provided no timeline on when the next round would be announced.

The administration is required to choose at least three from a menu of six categories of sanctions stipulated by the law.

A former government official familiar with the matter told The Hill last month that the State and Treasury departments had finalized a proposed sanctions package by March.

“Failure by the administration to respond to Russia’s unabashed aggression is unacceptable and would necessitate that Congress take corrective action,” Reps. Eliot Engel (D-N.Y.) and Michael McCaul (R-Texas) wrote.