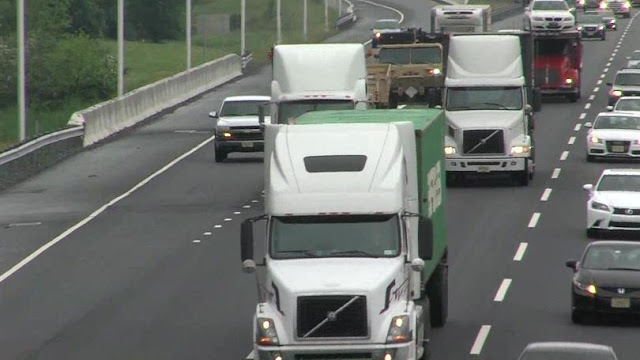 The proposal consists of five changes for truck drivers’ “hours of service.” First, truck drivers could in the future use their 30-minute breaks that they receive every eight hours when they are on duty but not driving, such as when they are waiting for a truck to be loaded with cargo. Previously, the drivers had to go formally “off duty” to use the break.

Under the proposed rules, truck drivers can also split their required 10 hours of off-duty time into two breaks, a seven-hour break for sleeping and another three-hour break when they choose. Under current law, they must take one 10-hour break after a day of driving.

Drivers can also take an off-duty break of between 30 minutes and three hours during a 14-hour driving window under the proposed rules, but they still must take a full 10 hours at the end of that shift.

Additionally, workers can also extend their 14-hour driving window by two hours if conditions are “adverse.”

Finally, the rules also propose extending a trucker’s maximum driving time from 12 hours to 14 hours and moving the distance limit for drivers before they have to take a break from 100 "air miles" to 150 "air miles."

“FMCSA wants drivers and all CMV stakeholders to share their thoughts and opinions on the proposed changes to hours of service rules that we are putting forward today. We listened directly to the concerns of drivers for rules that are safer and have more flexibility — and we have acted. We encourage everyone to review and comment on this proposal,” Martinez said in a Wednesday statement.

But some highway safety advocates are concerned the proposed rules could leave truck drivers exhausted on the road.

Cathy Chase, president of Advocates for Highway and Auto Safety, said in a statement that the proposed rules "could have drastic safety impacts, particularly due to the potential to increase driver fatigue."

"While the proposal does not technically change total driving and off-duty time, it does run counter to established science which shows that driver fatigue and crash risk is impacted by the quality of sleep, and by when driving is occurring," Chase said. "Driving later in the day, later in a shift, and changing the nature of breaks — all lead to more fatigue and more risk of crashes."

The proposal will not increase driving time and will not allow truck drivers to drive for more than eight consecutive hours without at least a 30-minute break, according to the FMCSA.

The FMCSA estimated that the changes will result in $274 million in savings for the U.S. economy.