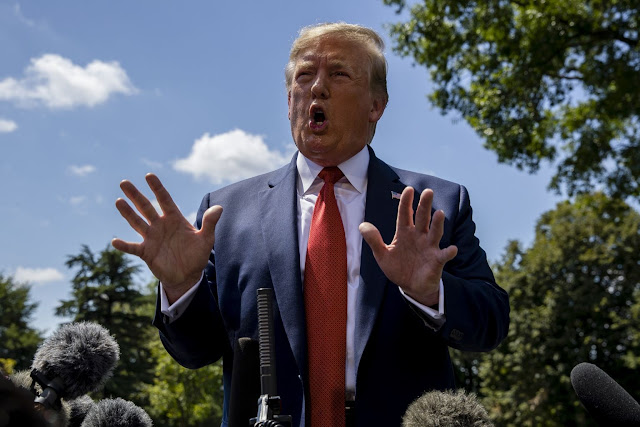 President Trump on Wednesday said his administration is once again seriously considering an executive order to end birthright citizenship months after several lawmakers cast doubt on his ability to take such action.

"We're looking at that very seriously," Trump told reporters as he left the White House for Kentucky. "Birthright citizenship, where you have a baby on our land — walk over the border, have a baby, congratulations, the baby's now a U.S. citizen."

"We are looking at birthright citizenship very seriously," he added. "It’s, frankly, ridiculous."

The president proposed ending the practice that grants citizenship to those born in the United States during his 2016 presidential campaign. He revived the idea last year, saying he would sign an executive order to enact the change.

Numerous lawmakers, including several Republicans, quickly pushed back on the idea and argued Trump lacked the authority to make such a change using an executive order. They cited that birthright citizenship is a right enshrined under the 14th Amendment.

Trump responded to the criticism by saying birthright citizenship would be ended "one way or another."

The president has sought various ways to crack down on illegal and legal immigration throughout his presidency.

His administration enacted and later reversed a "zero tolerance" policy that led to the separation of thousands of migrant families; Trump has sought changes to asylum laws to keep refugees in Mexico while they wait to be processed; and the White House last week rolled out a rule that would make it more difficult for some immigrants to obtain green cards.

The Trump administration announced earlier Wednesday it would unveil a new rule that would allow migrant families to be held indefinitely, ending a procedure known as the Flores Settlement Agreement that requires children to be held no longer than 20 days.