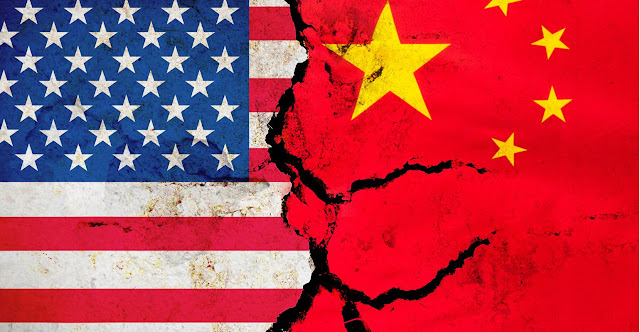 The Treasury Department on Monday labeled China a currency manipulator, escalating the U.S.-China trade war with a significant rebuke to Beijing.

Treasury Secretary Steven Mnuchin designated China a currency-manipulating country a day after the nation’s central bank allowed the Chinese yuan to fall to a new low against the U.S. dollar.

"Secretary Mnuchin, under the auspices of President Trump, has today determined that China is a Currency Manipulator," the department said in a statement.

“As a result of this determination, Secretary Mnuchin will engage with the International Monetary Fund to eliminate the unfair competitive advantage created by China’s latest actions,” it continued.

Trump has long promised to label China a currency manipulator, which opens the country to potential international penalties, accusing Beijing of devaluing its currency to gain an unfair edge in trade.

“China has always used currency manipulation to steal our businesses and factories, hurt our jobs, depress our workers’ wages and harm our farmers’ prices. Not anymore!” Trump tweeted Monday.

Despite Trump’s ire, the Treasury Department declined to label China a currency manipulator until Monday evening, after the yuan-to-dollar exchange rate fell to a low of 7-to-1. The move was widely seen as a response to new U.S. tariffs on Chinese goods slated to go into effect on Sept. 1.

The People’s Bank of China (PBOC) typically holds the yuan within a certain stabilizing range, though the nation has long been accused of devaluing its currency to gain an edge in trade. The PBOC appeared to allow the yuan to fall Monday after intervening throughout the year to keep it closer to the dollar during trade talks with the U.S.

Treasury's designation of China as a currency manipulator is largely symbolic for now since the U.S. cannot seek formal penalties until it attempts to work out a deal with Beijing. But the move is likely to raise trade tensions between the Trump administration and China, which are already at unprecedented highs.