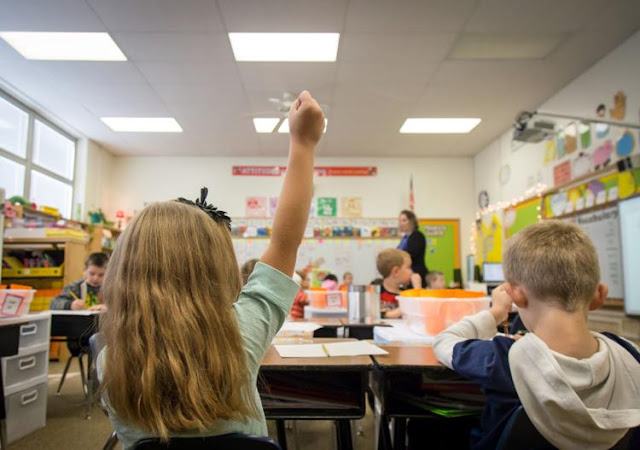 Texas schools will be graded the same way their students are beginning this upcoming academic year.

The Texas Education Agency changed its accountability ratings system to where individual campuses will be scored for their STAAR test results with A through F letter grades.

It will be the first time both districts and campuses are evaluated in such a manner. These grades are a part of the state’s latest accountability system, with most, if not all, districts awaiting letter grades.

Previously, districts earned letter grades, but campuses were classified as either having “Met Standard, Met Alternative Standard or Improvement Required.”

The ratings take into account three areas: student achievement, school progress and closing the gaps. The state’s formula includes, but is not limited to: STAAR tests, end-of-year exams, and SAT, ACT, dual credit and industry-based certifications.

Districts and schools that earn accountability ratings of A, B, C, or D can garner distinctions in several subjects such as English language arts, math, and science. An F rating prevents districts or schools from obtaining a distinction.

Collaborative efforts between the TEA and school districts have been made to inform the public about the rating system. Citizens can access information on the rating system by visiting the TEA website.

A few districts have learned about their ratings through preliminary estimates.

Two Central Texas districts believe each of them will earn a B when the TEA releases its official accountability ratings on Aug. 15.

A little further northwest, the Midland Independent School District is concerned that several of its campuses may land D’s based on preliminary findings. Reportedly a dozen MISD schools will be classified as “Improvement Required” while one is predicted to get an F, according to The Midland Reporter-Telegram.