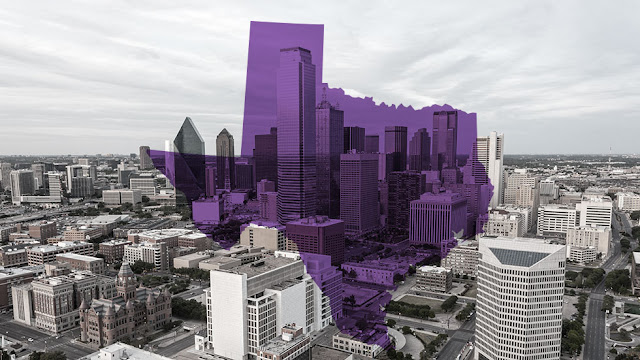 For a quarter century, Texas Republicans have run a ruby-red state, building a conservative bastion where government is limited.

Now, the mounting tensions of racially-motivated rhetoric, a polarizing president and Republican infighting have rocked Texas’s political leadership to its core. And the state may soon face a tipping point brought on by shifting coalitions of voters who want change, in Austin and Washington.

The tumult is creating turnover that has startled even the closest observers of Texas politics. In just the last week, Reps. Kenny Marchant (R), Pete Olson (R), Will Hurd (R) and Mike Conaway (R) have said they will retire rather than seek a new term in 2020.

The nation’s attention has been focused on Texas this week because of the killings of 22 people by a long shooter who attacked a Walmart in El Paso. The shootings were even more disturbing for a manifesto allegedly written by the accused shooter that described an “invasion” of immigrants.

So far, newcomers to Texas from blue states — states with stricter gun control laws, a stronger social safety net and a looser approach to international immigrants — have been bigger change agents than Hispanics in the state — a large number of whom have tended to stay home on Election Day.

“In Texas, we have been waiting for what’s called a Pete Wilson moment for a quarter century,” said Cal Jillson, a political scientist at Southern Methodist University, referring to the former California governor who led the campaign to pass a controversial anti-immigrant law in 1994, setting the state on a trajectory toward its current liberal status. “A Pete Wilson moment that would awake the Hispanic electorate has never come.”

It's far from clear that the El Paso shootings — the fifth mass shooting in Texas in the last five years — will be that moment, though its potential for further roiling the state’s politics is obvious.

Meanwhile, population growth in Texas has given Democrats new opportunities.

The Texas miracle that three successive Republican governors have touted has attracted millions of new residents in search of jobs, and those newcomers, many of them from California, are shifting the state’s politics. One percent of the state of California, with a much more liberal population, has moved to Texas.

Trump won Texas’s electoral votes by a slimmer margin in 2016 than any Republican presidential nominee since Bob Dole in 1996, when Texan and Reform Party nominee Ross Perot was on the ballot.

The 2018 midterm elections, in which Democrats made inroads in fast-growing suburbs around Dallas, Austin, San Antonio and Houston shook some in the GOP. Then-Rep. Beto O’Rourke (D) came within 3 percentage points of beating Sen. Ted Cruz (R) — and, crucially, O’Rourke won more raw votes than Hillary Clinton did in 2016.

“There’s the organization and motivation of Democrats finally getting their act together on the ground,” said Corbin Casteel, a longtime Republican strategist in Austin. “There’s the natural pendulum swing back toward the middle.”

There are signs that some Texas Republicans want to get out of the way, before change is forced upon them. Multiple sources say there are more retirements to come. Six other Texas Republicans won election in 2018 by margins of less than 10 percentage points.

Ironclad Republican control in Austin is at risk, too. Democrats once mired in a deep minority in the state House have gained 19 seats over the past two elections. They are now just nine seats away from gaining control of the 150-member chamber — and, critically, a seat at the redistricting table after the 2020 Census.

In recent weeks, a conservative activist has rocked Austin with claims that he has a recording of the new House speaker, Dennis Bonnen, urging him to target 10 incumbent Republicans in next year’s primary election.

Bonnen, serving his first term as speaker, has denied the allegations. The activist, Michael Quinn Sullivan, has not released the full tape.

“When you don’t have anyone to fight, you fight yourselves,” Casteel said.

The suburban women who handed Democrats control of Congress are key to the party’s hopes of capitalizing on the tumultuous moment in Texas politics, Jillson said.

“White suburban women are temporarily part of the Democratic coalition in Texas, but I wouldn’t think of them as firm long-term members,” he said. “Those women are responding to Trump, but also to these mass shootings.”

But whether they are arriving in sufficient numbers to put the state in play remains to be seen.

“It’s not a purple state, but it’s trending the other way right now. Democrats still have to win something for it to be considered a purple state,” Casteel said.