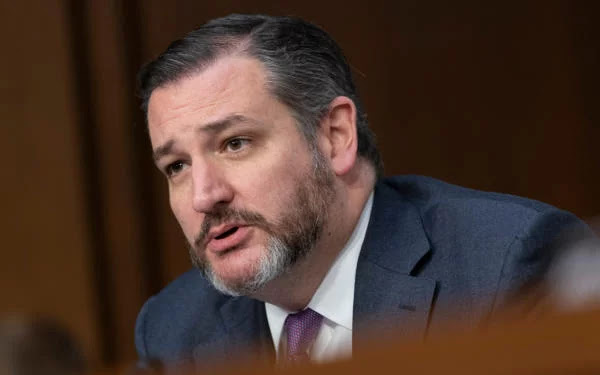 “We must speak clearly to combat evil in any form it takes. What we saw yesterday was a heinous act of terrorism and white supremacy. There is no place for this in El Paso, in Texas, or anywhere across our nation,” Cruz tweeted Sunday. “We are all Americans and we are all standing united with El Paso.”

He added that as a “son of a Cuban immigrant,” he is “deeply horrified by the hateful anti-Hispanic bigotry expressed in the shooter’s so-called ‘manifesto.’”

“This ignorant racism is repulsive and profoundly anti-American,” he tweeted.

His statement comes after a gunman killed 20 people and wounded at least 26 more at a Walmart in the city. Authorities are treating the mass killing as a case of domestic terrorism.

The shooting on Saturday, which was followed by another mass shooting in Dayton, Ohio, a day later, drew immediate calls from Democrats to pass gun reform, as well as condemnations of President Trump's rhetoric aimed at minorities and people of foreign origin.

Cruz's colleague, Texas Sen. John Cornyn (R) responded to the shooting by pushing back against the calls to pass gun control legislation.

He tweeted that “for every complex problem there is an answer that is clear, simple, and wrong.”

“Sadly, there are some issues, like homelessness and these shootings, where we simply don't have all the answers,” the Republican senator said, adding that some progress has been made by  “improving the broken background check system, improving access to mental health treatment, by hardening soft targets like our schools, by enhanced training for law enforcement and mental health professionals.”

“But we need to keep trying.  Focusing on law abiding citizens exercising their constitutional rights solves nothing. We need to treat these crimes as problems to be solved, rather than one to be exploited for partisan political gain.”

2020 presidential candidate and former Texas congressman Beto O’Rourke, who challenged Cruz in 2018, blamed Trump for encouraging racist attacks and likened the president’s rhetoric to that of Nazi Germany's Third Reich. Other 2020 Democrats have drawn a connection between Trump's