Study finds there is no 'gay gene': Genetics do affect a person's sexuality 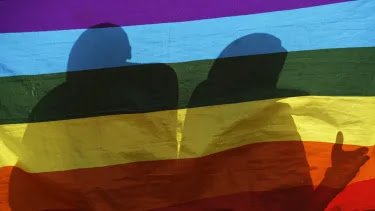 A sweeping new study finds that there is no specific gene that determines one’s sexual orientation, but that genetics do play a part in affecting a person’s sexuality.

Researchers for the study, which was published Thursday in the journal Science, studied DNA from hundreds of thousands of subjects and found some genes that are connected with same-sex sexual behavior.

While variations may play a part in influencing sexual behavior, they do not predict whether a person is gay, researchers found.

Five genetic markers "were significantly associated with same-sex sexual behavior," researchers found, but the study found that genetics are far from the only factor at play in someone’s sexuality.

Researchers concluded that “many uncertainties remain to be explored, including how sociocultural influences on sexual preference might interact with genetic influences.”

For the study, an international team of scientists examined data from over 477,000 people in both the U.S. and United Kingdom to explore possible links between their DNA’s genetic markers and sexual behavior. The researchers used data from the U.K. Biobank study and private genomics firm 23andMe.

More than 26,000 participants said they had had at least one same-sex sexual encounter. The researchers wrote that past studies were too small to unveil the impacts of individual genes.

Of five genetic variants that the scientists statistically found were associated with same-sex sexual behaviors, none had a particularly large impact, and none could alone predict sexual behavior.

The variants, along with others with even smaller impacts, accounted for 8 to 25 percent of variation in same-sex sexual behavior. Some were correlated with only one sex, while others corresponded with both sexes.

“It just shows us that same-sex sexual behavior is much more complex than this idea of having just one gene influencing it all,” Eric Vilain, director of the Center for Genetic Medicine Research at Children’s National Health System, told The Washington Post. “It shows that there are genetic factors, which we had suspected long ago … but it also shows those genetic factors do not tell the whole story.”

Advocacy groups said the study helped put to rest the concept of a “gay gene,” a long-standing trope used to suggest a stark genetic difference among the LGBT community.

The research “provides even more evidence that being gay or lesbian is a natural part of human life,” Zeke Stokes, chief programs officer for GLAAD, told the Post.

“The identities of LGBTQ people are not up for debate. This new research also reconfirms the long established understanding that there is no conclusive degree to which nature or nurture influence how a gay or lesbian person behaves.”