Stacey Abrams could be a big problem for GOP in Georgia 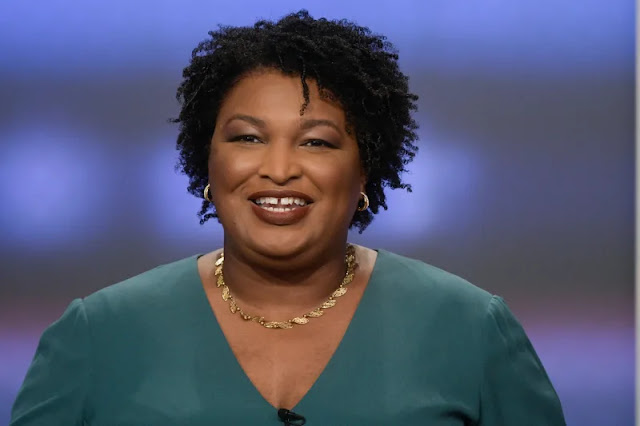 Life just got a little more complicated for the National Republican Senatorial Committee. The 2020 elections looked challenging but manageable, needing to defend Colorado’s Cory Gardner, Maine’s Susan Collins, North Carolina’s Thom Tillis, and Arizona’s appointed senator Martha McSally. The risk of losses were somewhat offset by some low-hanging fruit in Alabama Democrat Doug Jones, an open seat in New Mexico, and maybe some chances for an upset in New Hampshire or Michigan.

But now Republicans have to worry about an open seat Senate race in Georgia, as Senator Johnny Isakson said today that he will step down from office at the end of this year due to complications with Parkinson’s disease.

Yes, Georgia is a Republican-leaning state. When Stacey Abrams calls herself the legitimately elected governor of her state and refuses to concede the race, Republicans can point out that the official final vote count in 2018 put her down by 54,723 votes, not exactly a small margin. But Abrams did do better than almost any Georgia Democrat running statewide in a generation, with 48.8 percent, and came within 1.4 percentage points of winning.

There are other concerns. Trump won Georgia in 2016 by five percentage points — that’s smaller than his margin in Ohio, Iowa, and Missouri. The 2018 midterms were pretty good for Democrats — besides Stacey Abrams’ close finish in the governor’s race, Democrat Lucy McBath defeated Karen Handel in the Sixth Congressional District, and Democrats picked up eleven seats in the state House and two seats in the state Senate.

Republicans may have caught a break when Abrams announced today she has no interest in running for the Senate: “While she will not be a candidate herself, she is committed to helping Democratic candidates win both Senate races next year.” We will see if that position holds; soon every big-name Democrat will be encouraging her to run, and open-seat Senate races don’t come along all that often.

But perhaps Abrams sees a Senate campaign as a step down. Two weeks ago, Abrams said in an interview with the New York Times, “My decision not to run for the Senate was because I do not want to serve in the Senate,” and when asked about being the Democratic nominee’s running mate, answered, “I would be honored to be considered by any nominee.” In March, unnamed “close advisers to former Vice President Joe Biden” told Axios that the nascent campaign was debating naming Abrams as Biden’s veep choice immediately. Whether or not that particular report is true, Abrams may think that the eventual nominee is likely to give her an invitation next summer — which would make any Senate bid moot.