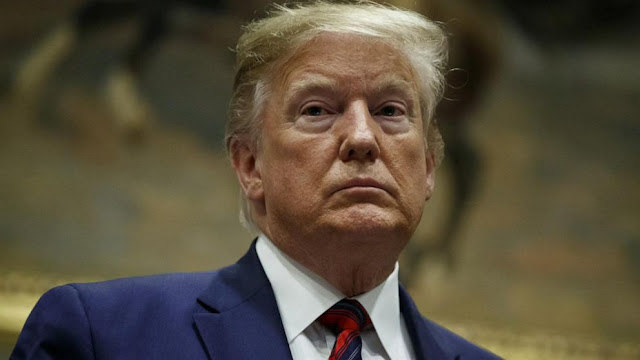 A group of four progressive organizations is launching a campaign to pressure House Democrats into opening a formal impeachment inquiry into President Trump's conduct when they return from August recess.

The four groups — which include MoveOn, Need to Impeach, Stand Up America and Indivisible — say their campaign is designed to drive constituents to rally the public pressure against their representatives to make the formal step of opening an impeachment inquiry.

The push comes as the number of Democratic members voicing support for an impeachment inquiry has steadily ticked up since former special counsel Robert Mueller's testimony before Congress last week.

Nearly half of the House Democratic Caucus has now come out in favor of such a move.

“As of this moment, impeachment is a majority position among House Democrats, meaning that lawmakers have finally caught up with Democrats nationwide,” noted David Sievers, Campaign Director with MoveOn, in a statement.

Speaker Nancy Pelosi (D-Calif.) has so far opposed efforts to open an impeachment inquiry, instead focusing her attention on investigations scrutinizing Trump and his administration.

It is unclear whether Pelosi will be swayed to change her position if Democrats cross a particular number threshold of members supporting the move.

Polling has consistently shown that a majority of voters do not yet support impeachment proceedings against the president, and Mueller's testimony seemingly did not sway many of them.

"In this critical moment, people around the country are asking themselves what they can do to impeach Donald Trump," Ezra Levin, the co-executive director of Indivisible, said in a statement. "The Democratic House leadership may not care what we think about impeachment, but our representatives do, and August recess is everyone’s opportunity to pressure them to take action.”

Other group leaders allege that it is clear Trump obstructed justice by interfering with Mueller's probe into Russian election interference, saying the president deserves to be behind bars.

“If any other American obstructed justice as blatantly as Donald Trump, they’d be in jail. This mass mobilization during August recess will ensure that every member of Congress hears from their constituents about why a formal impeachment inquiry is the only path forward to hold Donald Trump accountable for his crimes,” said Sean Eldridge, founder and president of Stand Up America. “No more excuses. No more delays. It’s time for Speaker Pelosi and every representative in Congress to do the right thing by supporting a formal impeachment inquiry.”

While Mueller said his investigation did not find sufficient evidence to determine coordination between Russia and the Trump campaign, he did not make a determination either way as to whether Trump obstructed justice.

The campaign focuses on giving constituents ways to add pressure on their members, many of whom are slated to be primarily in their home districts for the six-week-long August break.