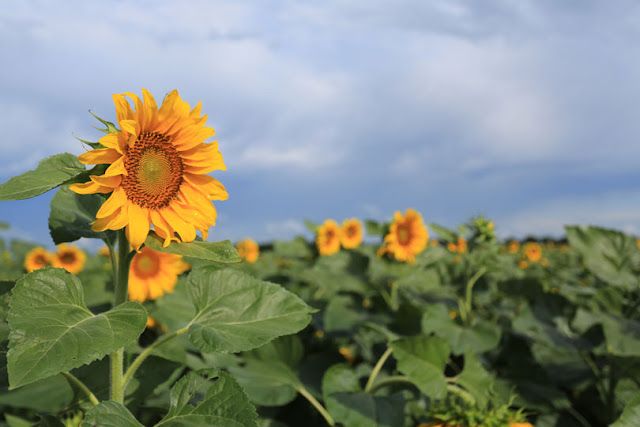 Some alternative crops have had a mixed year with variable market conditions, a Texas A&M AgriLife Extension Service expert said.

Texas farmers planted fewer acres of alternative crops—such as sunflowers and sesame—in 2019, according to Dr. Calvin Trostle, AgriLife Extension agronomist. The decrease in acres is due to a variety of reasons, including oversupply and higher value of the U.S. dollar.

Sunflower growers planted roughly 40,000 acres in Texas this year, Trostle said, with a majority planted in the High Plains and about 8,000 acres grown in the Rio Grande Valley. About 30,000 acres were intended for oilseed production.

The market for Texas confectionary sunflowers—those purchased as a snack—is down due to record yields in the Dakotas. The rise in the U.S. dollar’s value also hurt demand, as crops grown in America become much more expensive overseas.

“There are less acres than normal,” Trostle said. “Oversupply has hurt prices and demand for planted acres.”

Despite the decrease in market, nearly 10,000 acres of confectionary sunflowers were grown on contract in Texas, he said. No acres were planted in either 2017 or 2018.

Sesame has had a better year compared to 2018, Trostle said. The crop, which is mostly used for food items like hamburger buns, had at least 50,000 acres planted in Texas this year.

Texas and southern Oklahoma are responsible for 98 percent of the U.S. sesame crop, due in large part to the advantage the area has when harvesting.

Most sesame crops are still hand-harvested across the world, due to high volumes of dropped seeds when using equipment. However, advancements in mechanical harvesting equipment in the region have lowered the yield loss.

Cowpeas also had a relatively good 2019, serving as a rotation option for farmers, Trostle said.

“Anytime is a good time to add legumes like cowpeas to a crop rotation,” he said. “Black-eyed peas, purple-hull peas and beans could be a good option because there are a lot of individual buyers, plus there’s canning and sale for dried peas.”

Legumes also have another benefit, Trostle said. The nitrogen-fixing associated with the crops help with soil health for future row crops.

Not all alternative crops have had a positive year, though. Guar has dealt with low prices since 2013, when the market ballooned, Trostle said. About 20,000 acres were planted this season.

“Import prices were below market and made it difficult,” he said. “Guar is used in food and cosmetics, but a lot of it is used in the oilfield, where they are just looking for the cheapest commodity price.”