President Trump: 'Republicans and Democrats must come together and get strong background checks' on gun buyers 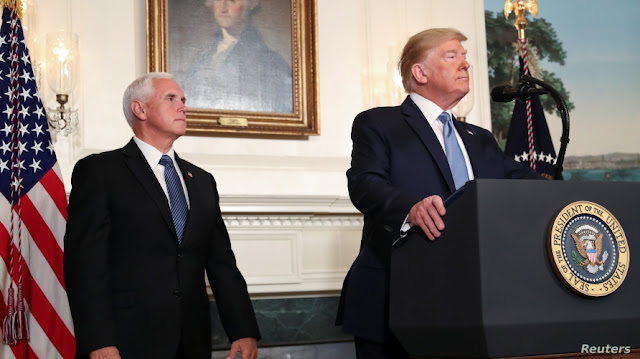 President Trump on Monday suggested tying stronger background checks on gun buyers to immigration reform legislation after a pair of mass shootings over the weekend.

"Republicans and Democrats must come together and get strong background checks, perhaps marrying this legislation with desperately needed immigration reform," the president tweeted in the morning.

"We must have something good, if not GREAT, come out of these two tragic events!"

A gunman killed 20 people and wounded dozens more in an attack at a Walmart in El Paso, Texas, on Saturday.

Less than a day later, at least nine people were killed and more than two dozen were injured in a Dayton, Ohio, shooting. The two shootings are not believed to be linked and neither of the suspected shooters are immigrants.

Patrick Wood Crusius, the alleged gunman in the El Paso shooting, reportedly drove eight hours from the Dallas-Fort Worth area to the city, which is directly across the border from Mexico’s Ciudad Juárez and has a high concentration of Hispanic people.

He allegedly wrote a racist, anti-immigrant manifesto before the attack, which described fears of a Latino “invasion."

Democratic leaders have drawn comparisons between Crusius's alleged motives and Trump’s immigration rhetoric and suggested the president helped fuel the environment that led to the attack.

Democrats in the wake of the shootings have also renewed calls for the Senate to take up the universal background check bill that the House passed earlier this year.

GOP lawmakers, however, have argued that enhanced background checks and a ban on assault-style weapons would not stop most mass shootings.

After the October 2017 mass shooting in Las Vegas, where nearly 60 people died, the Trump administration banned bump stocks, a modification used in the attack which allows semiautomatic weapons to fire much more rapidly.

It is unclear what “immigration reform” Trump is suggesting be tied into gun control legislation.

Earlier this year, the president declared a national emergency to divert resources toward building a wall on the southern border after Democrats blocked funding for one, sparking a 35-day partial government shutdown.

His administration has also issued a series of rules to limit asylum-seekers and to make deportations easier.

Legal battles persist over both the wall funding and immigration rules.