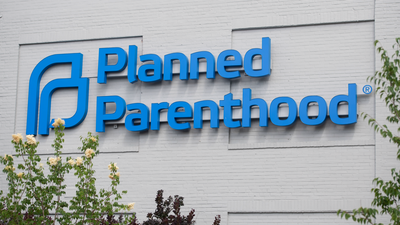 Planned Parenthood's affiliates will tell the Trump administration Monday that they will leave the federal family planning program rather than comply with new abortion restrictions.

The Department of Health and Human Services (HHS) had set a Monday deadline for Title X family planning grantees to prove they are complying with new rules banning providers from referring women for abortions.

Planned Parenthood said while it will use "emergency funds" to provide services to patients, the impacts of leaving the program will vary state by state.

"We're trying to do all we can to ensure that the care continues," McGill Johnson said.

She said relying on charity and fundraising to make up the funding loss "is really the challenge. It's like holding an umbrella during a tsunami."

Planned Parenthood receives about $60 million from the program annually and serves 40 percent of all Title X patients.

McGill Johnson said it will become harder for patients to get appointments at Planned Parenthood clinics, who might have to drive "hundreds of miles" to get IUDs and other forms of birth control.

The Trump administration pushed back Monday against Planned Parenthood's characterization that it is getting kicked out of the program.

"Every grantee had the choice to accept the grant and comply with the program's regulations or not accept the grant if they did not want to comply," HHS spokesperson Mia Heck said in a statement.

When the administration awarded the grants in March, the rules had not yet taken effect. Planned Parenthood and several states and organizations are challenging the rules in court.

"Some grantees are now blaming the government for their own actions — having chosen to accept the grant while failing to comply with the regulations that accompany it — and they are abandoning their obligations to serve their patients under the program," Heck said.