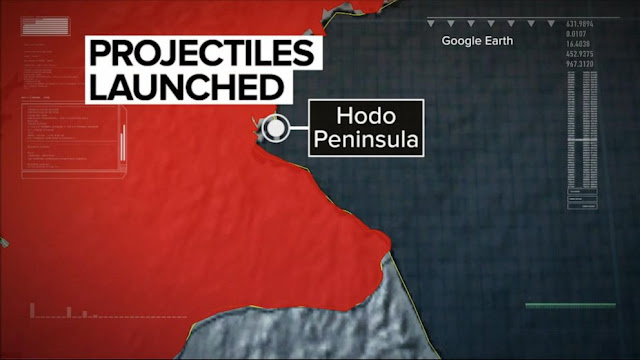 ABC News reported citing a U.S. official that the projectile was launched Friday local time and was similar to two launched by North Korea earlier this week.

A U.S. official also told CNN that an initial assessment was that North Korea had launched two short-range ballistic missiles.

Officials told NBC News that the missiles landed in the sea and that there is no immediate threat to the U.S. or any of its allies in the region.

Trump told reporters when asked about the reported launch that he was unbothered given the type of reported missiles used.

Japanese Prime Minister Shinzo Abe told reporters that the incident Wednesday was “no threat to Japanese national security,” and the country’s defense minister indicated it did not get close to the islands.

Friday's launch reportedly appears to be short-range as well.

U.S. officials have credited the spike in tests to U.S.-South Korea joint exercises planned for later this month.

The three tests mark the first for North Korea since Trump visited the country in June.

The president has repeatedly expressed confidence in his ability to reach a denuclearization deal with North Korean leader Kim Jong Un but has failed to reach a deal at two summits between the leaders.

One earlier this year in Vietnam ended abruptly with no agreement reached.