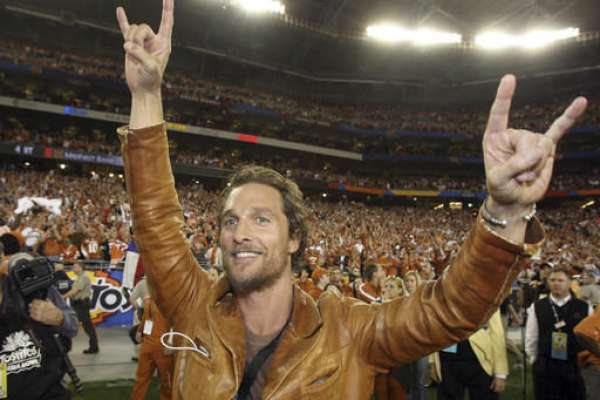 Actor Matthew McConaughey is joining the faculty at the University of Texas at Austin as a professor, the university said Wednesday.

McConaughey, who graduated from the university with a film degree in 1993, will become a professor of practice in the Moody College of Communication as a member of the department of radio-television-film faculty starting in the fall 2019 term, the university said in a news release.

"We are proud to welcome Professor McConaughey to officially join our world-class faculty," Moody College Dean Jay Bernhardt said. "Matthew cares deeply for our school and our students, and we are thrilled that he shares his time and talent to help prepare the next generation of media leaders and innovators."

The Academy Award-winning actor has been a visiting instructor at the school since 2015, when he began co-teaching a "script to screen" film production class with faculty member and director Scott Rice.

“It’s the class I wish I would have had when I was in film school,” McConaughey said in the release. “Making movies, turning words on paper into film, is both a science and art — no matter the time or generation. The elements of truth and genuine joy for the process are timeless. That will always be our classroom focus.”

The 49-year-old Texas native was also appointed “minister of culture” at the university’s new basketball arena — which is set to open in 2021 — and is tasked with "ensuring that Longhorn and Austin cultures are front and center and helping create a fan experience unlike any other."

McConaughey has been in more than 50 films, earning starring roles in hits including “The Wolf of Wall Street,” “Dazed and Confused” and “Dallas Buyers Club.” He has also worked as a producer and starred in the award-winning TV show “True Detective."