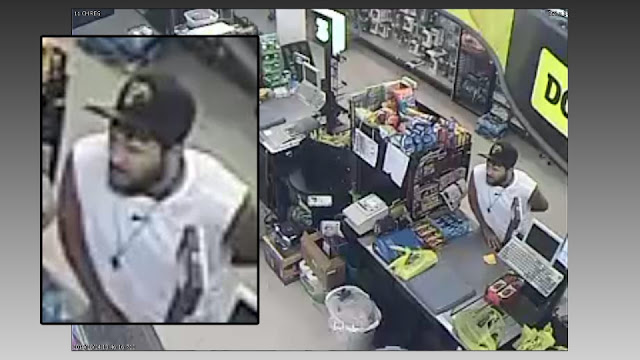 The Lubbock Police Department is seeking the public’s help identifying a third individual considered a person of interest in the suspicious disappearance of Slaton resident Celestino Rodriguez. Mr. Rodriguez, 79 was reported missing on Saturday, August 3, 2019.

On August 4, 2019, at approximately 2:58 pm, this individual is caught on a video surveillance camera, with David Wayne Hampton, during the fraudulent use of Mr. Rodriguez’s debit card at the Dollar General store located at 5004 34th Street.

Initially, investigators identified Brett Garza W/M 12-15-1985 and David Wayne Hampton W/M 06-04-1966 as persons of interest. Both Garza and Hampton are now fugitives wanted for felony Credit/Debit Card Abuse of an Elderly Individual 65 years of age or older. Their bond has been set at $75,000 each.

The Lubbock Law offices of Kerby and Wade have committed an additional $1,500 in combination with any available Crime Line reward, bringing the total possible reward to $2000 for information that assists in the location of Mr. Rodriguez or the arrest of Brett Garza or David Hampton.

Anyone with information leading to the arrest of either Garza or Hampton, the identity of this individual in the Dollar General video, or first-hand information concerning the location of Mr. Rodriguez is encouraged to contact Det. Gerber at 806-777-0396 or call Crime Line at (806) 741-1000. Callers may remain anonymous.