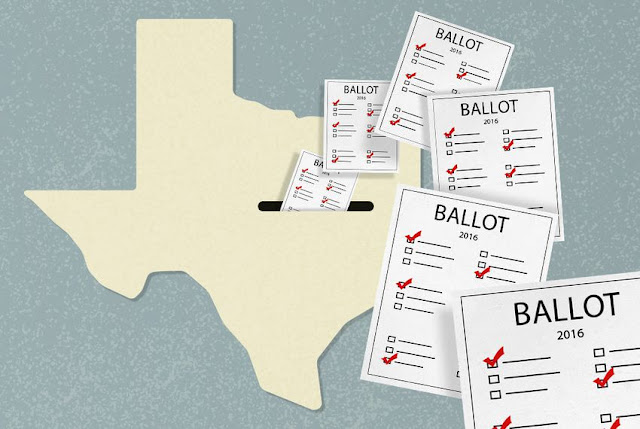 A civil rights group filed a lawsuit this week against the state of Texas over allegations that two residents' votes were thrown out by local officials.

The lawsuit, filed by the Texas Civil Right Project, alleges that two Texas voters, George Richardson and Rosalie Weisfeld, had their mail-in ballots rejected after local election officials said the signatures on the documents were not theirs.

The lawsuit alleges that the state election laws allowing the officials to reject the ballots is in violation of the Fourteenth Amendment, the Americans with Disabilities Act and the Rehabilitation Act of 1973.

The case, which is joined by groups representing Texans with disabilities, veterans and young voters, asks a federal judge to block election officials from throwing out mail-in ballots over questions about a signature's validity or to require that Texas voters must “cure” their ballot if there are doubts about their signature.

“Even though Texas’ mail in-ballot process should make voting easier for voters from these underrepresented groups, the current flawed process leads to the unlawful disenfranchisement of these Texas voters,” the lawsuit states.

The lawsuit alleges that at least 1,873 mail-in ballots were rejected during the 2018 general election, and at least 1,567 were rejected in 2016 due to allegedly mismatched signatures.
The Hill has reached out to the Texas attorney general's office for comment.

According to the Texas Tribune, Texas elections officials compare a voter's signature on the form to their application to vote by mail when they are reviewing votes. The paper noted that officials can compare the signature on the ballot to any signature on file with a county clerk or voter registrar made in the previous six years.

The lawsuit alleges that the law is applied unevenly across Texas counties because the state election code does not lay out standards for review. The plaintiffs argued that it “necessarily develops its own idiosyncratic, arbitrary, and ad hoc procedure to determine that a ballot should be rejected.”

Election officials do not have to notify voters that their ballot was dismissed until 10 days after election day under current Texas law.