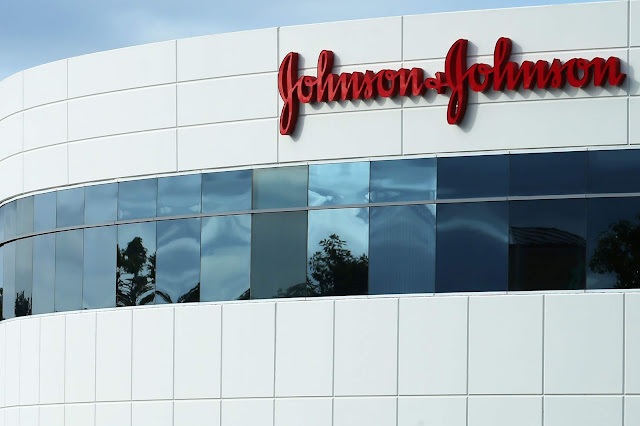 A judge in Oklahoma ruled that Johnson & Johnson created an opioid crisis in the state with misleading marketing and promotion of its drugs.

The company will have to pay a $572 million penalty, far short of the $17 billion demanded by the state's attorney general.

The decision is the first to hold a drugmaker liable for the opioid epidemic, which has killed about 400,000 people.

"The defendant caused an opioid crisis that is evidenced by increased rates of addiction, overdose deaths and neonatal abstinence syndrome, in Oklahoma," Judge Thad Balkman of Cleveland County District Court said from the bench Monday afternoon.

He said the state, which brought the case against the multi-billion dollar company, proved that Johnson & Johnson's "misleading marketing and promotion" of opioids "compromised the health and safety of thousands of Oklahomans."

The state argued Johnson & Johnson supplied 60 percent of the opiate ingredients that drug companies used for opioids like oxycodone and marketed its products as safe and effective.

The relatively small judgment is likely to be a disappointment for advocates who argued Johnson & Johnson should pay a steep price to fix the crisis they created.

Balkman said he's constrained by law to cap the amount the company is liable to pay the state at $572 million.

"Whether additional programs and funding are needed over an extended period of time, those are determinations to be made by our legislators and policy makers," he said.

Still, the state, which demanded $17 billion from Johnson & Johnson to pay for addiction treatment and other services, touted the ruling as a day of reckoning for the company.

"Johnson & Johnson, motivated by greed and avarice, is responsibility for the opioid epidemic in our state," Oklahoma Attorney General Mike Hunter said at a press conference after the ruling.

"Johnson & Johnson will finally be held accountable for thousands of deaths and addiction caused by their activities."

The company said it would appeal the ruling, arguing that it did not cause the opioid crisis in Oklahoma.
"Neither the facts nor the law support this outcome," said Michael Ullmann, general counsel for Johnson & Johnson.

"We recognize the opioid crisis is a tremendously complex public health issue and we have deep sympathy for everyone affected. We are working with partners to find ways to help those in need."

The ruling is an ominous sign for drugmakers, distributors and retailers that are currently facing 2,000 lawsuits alleging they caused the opioid crisis.

Those cases were consolidated and transferred to a federal judge in Ohio, with arguments beginning in October.