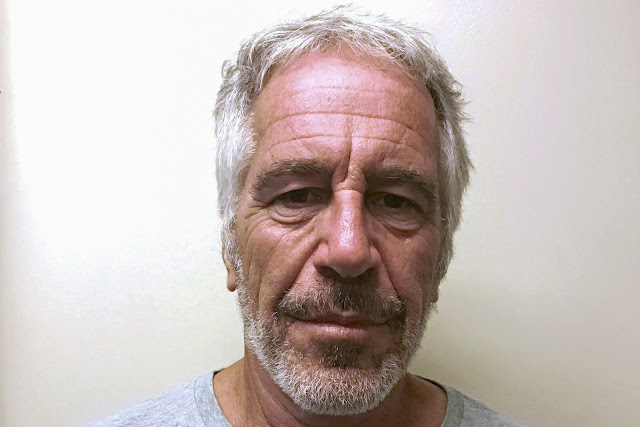 Accused pedophile Jeffrey Epstein’s death this morning — reportedly a suicide, according to federal officials — is an inexplicable end to a bizarre, tragic case that only got more disturbing the more we learned about it.

The fact that one of the country’s highest-profile federal prisoners could even commit suicide defies all logic and belief.

His death raises doubts about officials’ actions. The FBI says it will investigate; Attorney General William Barr says he is “appalled” by what happened; members of Congress such as Rep. Alexandria Ocasio-Cortez (D-N.Y.) are demanding answers. Indeed we all need answers, before we lose all faith in our justice system.

But the most basic question, in my mind, is why Epstein was in solitary confinement in the first place — something so totally inappropriate for a prisoner already at risk of suicide.

Epstein, a billionaire financier with powerful friends in the worlds of business and politics, pleaded guilty in Florida in 2008 to sex crimes and served a few months in jail. He was reindicted this summer in New York on charges of sex trafficking underage girls and had been in federal custody ever since.

He tried to commit suicide less than two weeks ago and, we were told, was placed in solitary confinement and under a suicide watch.

So how in the world could he commit suicide?

But not in this case. Jeffrey Epstein — in spite of his previous pleas or the new, serious charges — was none of the above.

The Federal Bureau of Prisons, which had custody over Epstein, and federal prosecutors certainly knew his earlier suicide attempt was real. Yet, instead of putting him into an administrative segregation unit — into a real, true suicide watch — they put him into solitary confinement and, in so doing, enabled him to finish what he had tried before.

Was that their intent? Who knows, but it raises serious questions about his death and the investigation surrounding him.

There is nothing worse than taking a suicidal prisoner and sticking him into a solitary confinement cell. Common sense and any psychologist, any corrections professional, will tell you that — so why was it done in this instance?

In solitary confinement there is a 15-minute “watch” rule, but that is not the same as a “suicide watch.” A prisoner can asphyxiate himself in 90 seconds and, after eight minutes or so, he will be brain dead.

That’s exactly why around-the-clock supervision is necessary when a prisoner is classified as suicidal. And it requires constant supervision, in person or by technology — cameras.

So why was Epstein placed in “solitary” in the first place? After his first attempt, were his cell and his supervision changed? Was he watched constantly by cameras in his cell, or only checked sporadically? Was he allowed to have objects that he could use to attempt suicide again, after having done so once before? How could a prisoner hang himself — as Epstein did, according to early reports — and no guard would immediately see it or react? Why, given his previous attempt and all of the issues surrounding his case, wasn’t a supervisory officer watching him constantly and able to respond immediately?

None of this makes any sense, at least at this point.

The crime here — in my mind, with what is known at this point — is that Epstein was placed in solitary confinement at all. The government often uses every tool in its power to ensure you never have a fair day’s fight in court, including the use of psychological tools to force you to plead guilty or to force you to cooperate with the government.

Solitary confinement is one of those tools. It is a mechanism to demean, degrade and demoralize a prisoner. The mind-altering seclusion of “solitary” will force a prisoner into a deep depression from which, for some, there is no return.

Only time will tell if that’s what happened with Epstein or if something more sinister occurred.

But one thing already is crystal clear: There are flaws and failures in the U.S. criminal justice system that should disturb all of us. And in Jeffrey Epstein’s case, none of it makes any sense.