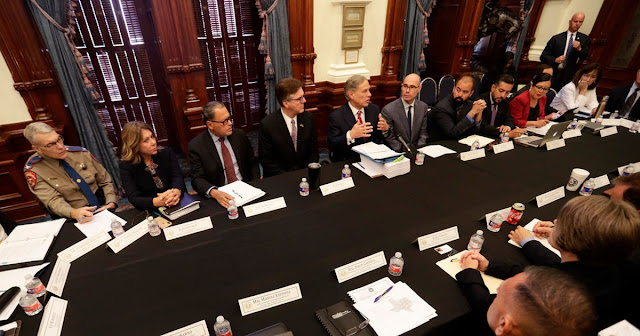 Texas Gov. Greg Abbott (R) met with tech executives on Thursday to discuss combating extremism in the wake of a mass shooting that killed 22 people in El Paso, Texas, earlier this month.

Representatives from Google, Twitter and Facebook are slated to meet with the governor to discuss possible measures to fight the threat of online extremism, The Associated Press reported.

FBI officials and state lawmakers were also be part of the roundtable discussion, according to the AP.

The suspect accused of gunning down 22 people at a Walmart in El Paso allegedly posted a manifesto online ahead of the attack warning of a "Hispanic invasion."

A small group of gun rights advocates rallied outside the state Capitol before Thursday's meeting, the AP reported.

A day after the El Paso attack, nine people were killed in a mass shooting in Dayton, Ohio.

The back-to-back shootings, which killed more than 30 people, have renewed pushes for tougher gun control laws at the federal level. Congress is expected to revisit the issue in some fashion when lawmakers return to Washington next month.