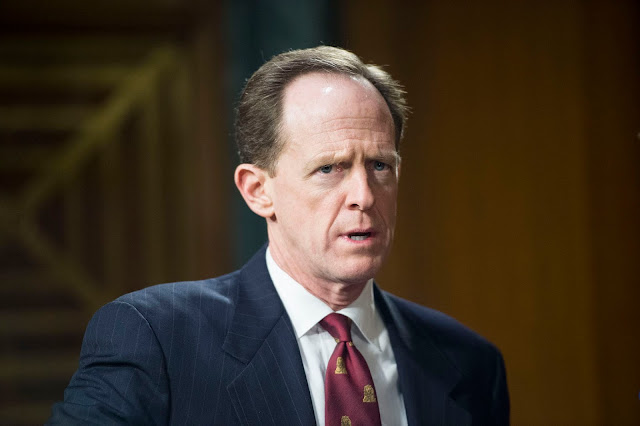 "While no law will end mass shootings entirely, it's time for Congress to act to help keep our communities safer," Toomey tweeted.

"We should start by passing bipartisan proposals such as my legislation with Senator Joe Manchin to expand background checks to all commercial firearm sales."

A gunman killed 20 people and wounded dozens more in an attack at a Walmart in El Paso, Texas, on Saturday.

Less than a day later, at least nine people were killed and more than two dozen were injured in a Dayton, Ohio, shooting. The two shootings are not believed to be linked.

The House passed a universal background check bill earlier this year which would prohibit most person-to-person firearm transfers without a check, aiming to close potential loopholes.

Eight Republicans joined the overwhelming majority of Democrats to pass the bill, but it remains stalled in the Senate.

Sen. Susan Collins (R-Maine) also expressed support for background checks Sunday, though she did not reference any particular bill.

"I have long supported closing loopholes in background checks to prevent the sale of firearms to criminals and individuals with serious mental illness," Collins tweeted.

"I also agree with Senator Lindsey Graham that we should pass a bipartisan “red flag” measure that enables families and law enforcement to obtain a court order to keep guns away from dangerous individuals," he tweeted.

Graham tweeted earlier Sunday that it "may not have mattered here, but Red Flag laws have proven to be effective in states that have them."

Republicans have supported that gun control measure, which would allow family members or law enforcement officials to limit a person's access to guns if they are deemed a potential threat.