Fox News does its job and the Donald feels betrayed 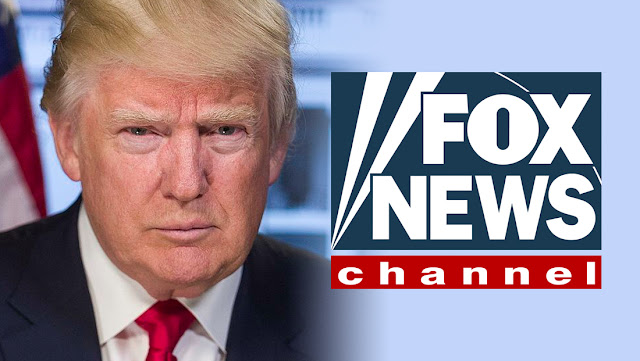 I know, I know, Trump is playing seven-level chess, and all of his tweets are carefully-calibrated, masterful efforts that go over the heads of the media and resonate with all real Americans, and folks like me will never understand, blah blah blah.

But Trump’s declaration that Fox News has betrayed him — “The New Fox News is letting millions of GREAT people down! We have to start looking for a new News Outlet. Fox isn’t working for us anymore!” — suggests that the commander-in-chief has grown so spectacularly needy and insecure that he goes into a rage over watching an interview that he doesn’t like, and deems any exchange that doesn’t explicitly praise him as “heavily promoting the Democrats.”

Trump seems to believe that Fox News owes him laudatory coverage, and that the appearance of any guest that criticizes him represents deeply personal treachery on the part of the network.

Fox News has always had its outspoken high-profile supporters of the president — mostly the prime-time hosts Sean Hannity, Laura Ingraham, Jeanine Pirro and Tucker Carlson — and it’s always had top-tier straight-news anchors and reporters like Bret Baier, Chris Wallace, Catherine Herridge and Bill Hemmer. The prime-time hosts are often cited in efforts to diminish the work of the reporters, and the reporting that is unflattering to the president (or when Fox News’s polling efforts show some disappointing results for Trump) it interpreted by some viewers as the network somehow going “off-message.”

Is it really that inconceivable that some folks over there genuinely want to live up to the slogan “fair, balanced, and unafraid?”

If Trump really is ready to psychologically divorce Fox News, I hope he made them sign a prenup.