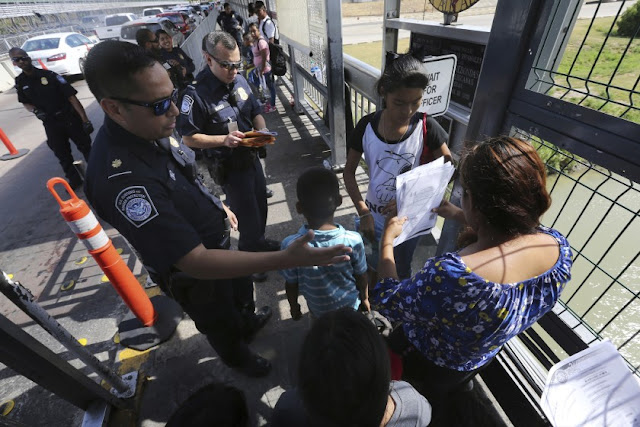 A federal judge in Washington, D.C., ruled Friday against a Trump administration policy that would only allow migrants who enter the U.S. through legal ports of entry to claim asylum, the latest blow against the administration's agenda.

U.S. District Judge Randolph Moss, an Obama appointee, threw out the policy, finding it to be “inconsistent with" the Immigration and Nationality Act.

The policy has been already blocked by a federal judge in San Francisco and is now being appealed before the 9th Circuit Court of Appeals.

Moss found in Friday’s ruling that the policy is in conflict with the law, which states that “any alien who is physically present in the United States or who arrives in the United States (whether or not at a designated port of arrival...), irrespective of such alien’s status, may apply for asylum.”

The administration had argued that the policy doesn’t block the migrants who enter the U.S. outside of a legal port of entry, but rather that they were ineligible for asylum in the first place.

But Moss disagreed, finding that there is little difference between the two interpretations, particularly for the immigrants impacted by it.

Friday's ruling also comes as the Trump administration steps up its efforts to tighten asylum laws, but those actions have faced several blows in court so far.

Judge Jon Tigar in San Francisco had blocked the policy in question last year, and the Supreme Court also ruled against allowing it to go into effect while that ruling was appealed.

And last week, Tigar also issued a temporary restraining order against a new Trump policy that would block migrants who pass through a third country before arriving at the U.S.-Mexico border from being able to claim asylum