Even with volatile markets, US economy remains strong 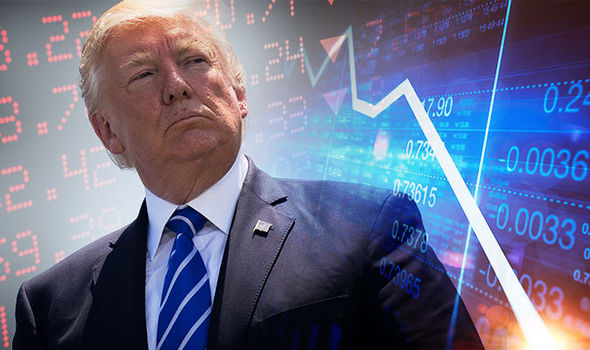 Financial market volatility has skyrocketed in recent days. The Standard and Poors 500 Index, which consists of the 500 largest, publicly traded corporations, lost 6 percent of its value in May. This was followed by an 8 percent rise in June, but the index was down about 5 percent through August 16 from its July peak. Other stock market indexes recorded similar patterns.

Yet, the overall indices of the U.S. economy remain strong – stronger, in some cases, than in 50 or more years – which suggests the volatility, and the accompanying hints of panic, are largely misplaced for most Americans.

The value of privately owned, U.S. nonresidential capital stock today is about $25 trillion, which means investors are revaluing U.S. productive capacity by as much as $2 trillion each month. This is creating enormous investment gains and losses, often overnight.

Extreme market volatility typically means either large and frequent changes in investors’ forecasts of after-tax investment returns, or big changes in the risk premium. This is the additional return that investors require to hold risky assets (such as stocks) over safer assets (such as U.S. Treasury securities). This premium rises when investors perceive heightened economic uncertainty.

Both factors are to blame for today’s higher volatility, and both are giving rise to other economic effects that have important implications for individuals and the U.S. economy.

Continuing trade tensions between the U.S. and China is a key factor driving investor concerns about profitability, future economic growth and uncertainty. Since June, there have been eight major announcements in trade tensions, ranging from an additional 10 percent U.S. tariff hike on $300 billion of Chinese imports announced on August 1 to a delay of some U.S. tariff increases announced August 13.

Most economists view tariffs negatively because they increase consumer prices. But the quantitative importance of current trade barriers for U.S. economic growth thus far appears to be quite limited. Since President Trump took office, unemployment has declined to 3.7 percent, its lowest level in nearly 50 years. Economic growth is averaging over 3 percent, profits have increased by nearly 12 percent, and job openings have increased by more than 30 percent.

A recent academic study also estimates that higher tariffs on imports from China are having only a modest effect on the U.S. economy. They find that these tariffs cumulatively have reduced Gross Domestic Product (GDP) by less than one-half of 1 percent, and that this decline is nearly offset by higher tariff revenue.

Yet, even though U.S.-China trade tension should not significantly affect the economic outlook on its own, the increasing volatility in these trade policies is more broadly increasing uncertainty. This is leading investors to shift from stocks and other risky assets to safer U.S. Treasuries.

Yield curve inversion is creating chaos within global financial markets because inversion occurs infrequently and often precedes a recession. Every recession in the last 50 years has been predated by an inverted yield curve and, during this period, there have been two inversions that did not precede recession.

The yield on the widely followed 10-year Treasury fell to 1.55 percent last week and is near its historic low of 1.52 percent that occurred in July 2012. The 10-year Treasury rate should be yielding about 3 percent, given the Federal Reserve’s inflation target of 2 percent.

It is unlikely that long rates can drop much further, and there is not much the Fed should do other than maintain well-functioning financial markets and conduct monetary policy so that inflation remains around current levels.

In the meantime, remarkably low long rates should put downward pressure on mortgage rates, which in turn will support the housing market and provide an opportunity for borrowers to refinance at historically attractive rates. If long rates remain near current levels, expect mortgage rates and corporate borrowing costs to decline.

The U.S. economy has been performing extremely well, with strong economic growth, low inflation and a strong job market. Productivity growth, which reflects innovation, scientific discoveries and the accumulation of physical and human capital, has accelerated to a remarkable 3 percent thus far in 2019. This is the most exciting economic development of this year because productivity growth is, by far and away, the most important determinant of long-run living standards.

Even though markets are fixated on trade tensions and an inverted yield curve, both factors may turn out to be much ado about nothing.