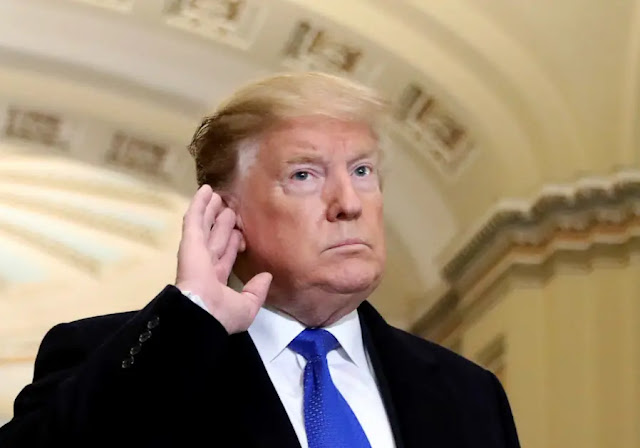 The Saturday night retweet implied former Secretary of State Hillary Clinton and former President Clinton, who appears several times in flight logs for Epstein’s private jet, were responsible for Epstein's death in federal custody, and uses the hashtag #ClintonBodyCount, referencing a conspiracy theory about the Clintons having political opponents murdered that dates back to the early 1990s.

The tweet offered no evidence for its assertions. Clinton’s spokesman Angel Ureña responded to Trump's retweet by writing "Ridiculous, and of course not true — and Donald Trump knows it. Has he triggered the 25th Amendment yet?"

Conway minimized the retweet in an interview on “Fox News Sunday,” saying “I think the president just wants everything to be investigated” and noted Epstein’s ties to figures like the former president and former New Mexico Gov. Bill Richardson (D).

She downplayed Trump’s own ties to Epstein, who was part of the same social circles in New York and Florida and was a member of Trump’s Mar-a-Lago club before they reportedly fell out while competing for Florida real estate. Since Epstein’s arrest in New Jersey, Trump has claimed he was “never a fan.”

Presidential candidate and former Rep. Beto O’Rourke (D-Texas) said on CNN’s “State of the Union” that the retweet was simply Trump “changing the conversation.”

"This is another example of our president using this position of public trust to attack his political enemies with unfounded conspiracy theories and also to try and force you and me and all of us to focus on his bizarre behavior," O'Rourke told CNN's Jake Tapper.

The former congressman added that “if we allow him to do that then we will never be able to focus on the true problem, of which he is a part."

Tapper himself blasted Trump for spreading the conspiracy theory, particularly in the wake of two mass shootings last weekend in El Paso, Texas, and Dayton, Ohio.

Trump, Tapper said, could "use his megaphone for anything. But the president often uses it to amplify that which is the worst of us: personal attacks, bigotry and insane conspiracy theories.”

Tapper went on to call out Trump’s previous promotion of similar theories, such as the “birther” conspiracy theory that former President Obama was not born in the United States.

"It's the same tactics and same language not just as white supremacists, but of the Russians, if you look at the intelligence reports of how they’re coming at our democracy," Booker said.

"He's been using the Clintons as a means for a lot of this false accusations this is a nation now where we’ve seen horrific acts … people's lives being threatened because this president whips up hatred this is a very dangerous president we have right now,” he added.