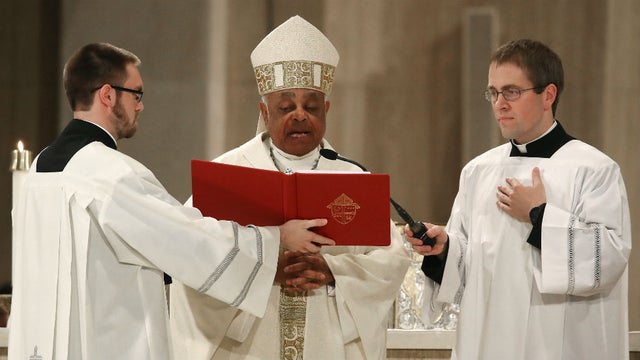 Wilton Gregory, Washington, D.C.'s new Catholic leader and the country’s only black archbishop, issued his first public statement on Thursday, accusing President Trump of “diminishing our national life” with his attacks on congressional lawmakers of color.

He said recent comments from Trump targeting lawmakers of color “have deepened divisions and diminished our national life.”

Gregory pointed specifically to Trump’s attacks on African American Rep. Elijah Cummings (D-Md.) and his district, which encompasses the majority-black city of Baltimore. Trump last Saturday called Baltimore a “disgusting, rat and rodent infested mess” where “no human being would want to live.”

“I join my brother Archbishop William Lori in sadness and deep regret for the ways our Maryland neighbors in Baltimore have been denigrated in recent public attacks,” the archbishop said.

Gregory said he has been meeting privately with major Catholic lay groups to urge them to “promote respect” and to work to “reject racism, disrespect or brutality in speech and action.”

His comments come as Catholic and other high-profile religious leaders in Washington have publicly denounced Trump's remarks against minority lawmakers.

Trump previously sparked uproar by tweeting for four non-white progressive congresswomen — Reps. Alexandria Ocasio-Cortez (D-N.Y), Rashida Tlaib (D-Mich.), Ilhan Omar (D-Minn.) and Ayanna Pressley (D-Mass.) — to "go back" to the "crime infested places" they came from, rather than speak out about U.S. policies.

All of the women targeted are U.S. citizens; Omar is the only one of the four born outside the U.S.

Gregory said his Catholic faith has taught him to respect people regardless of race, religion, gender, ethnicity and background.

He said that “fundamental human dignity and basic decency” also extends to refugees and newcomers coming to the U.S.

“Comments which dismiss, demean or demonize any of God’s children are destructive of the common good and a denial of our national pledge of ‘liberty and justice for all,’” Gregory wrote.

The Catholic leader said he will pray that Trump and other national leaders to prevent the further division of the country. “The growing plague of offense and disrespect in speech and actions must end,” he said.

Pope Francis tapped Gregory, a moderate who previously served as Atlanta’s archbishop to lead the archdiocese in Washington, D.C. in April. Gregory was installed in May to replace Cardinal Donald Wuerl, who was forced to resign last year after he was implicated in covering up abuse at a string of Pennsylvania churches, as revealed by a grand jury.

He became the president of the U.S. Conference of Catholic Bishops in 2001, and shortly after adopted a "zero-tolerance" abuse policy to respond to sexual abuse scandals in the Catholic Church.