Businesses, farmers brace for next phase in trade war with China 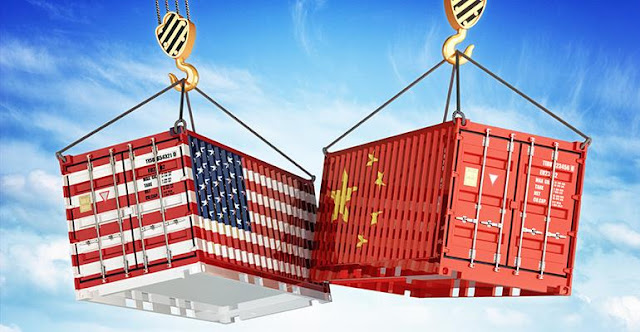 U.S. businesses and farmers are begging President Trump for relief from his escalating trade war with China as tensions between the world’s two largest economies reach new heights.

Trump’s plan to impose a 10 percent tariff on more than $300 billion in Chinese goods, and China’s decision to suspend U.S. agricultural imports, sets the stage for potential economic and political blowback for the president.

Advocates for businesses and industries caught in the crosshairs of the yearlong U.S.-China trade war are bracing for damage, warning Trump’s new tariffs could force them to hike prices or lay off workers during this year’s holiday shopping season.

An economic crunch in the last three months of the year would pose political risks for Trump and vulnerable GOP lawmakers in agricultural states seeking to ride an otherwise strong economy to reelection in 2020.

“We’re at a very dangerous pivot point,” said David French, president and CEO of the National Retail Federation. “These are things that are going to have a real everyday impact for American consumers.”

Consumers have largely been isolated from the trade war while enjoying steady economic growth and a labor market with unemployment at historically low levels.

While Trump’s tariffs on $250 billion in Chinese goods have derailed business investment and sparked global anxiety, the targeted products are predominantly parts, materials or other components of final goods.

Trump and his aides have sought to dial up pressure on China to strike a deal as they shield U.S. consumers from higher costs. But the president’s new tariffs, slated to take effect Sept. 1, would cover a wide array of consumer goods ahead during a crucial stretch for the U.S. economy.

“So far the ripple effect has not been felt by consumers in prices at Walmart or wherever,” said Gary Hufbauer, a senior fellow at the Peterson Institute for International Economics in Washington. “As we go to the next installment of tariffs, that will surely show up in prices.”

Tariffs on consumer electronics would rise to roughly $2.7 billion if Trump goes through with the new import taxes, according to an analysis published Wednesday by the Consumer Technology Association, a trade group representing U.S. tech manufacturers.

Wade Miquelon, president and CEO of craft store Joann Fabrics, warned on a conference call with reporters Wednesday that his company might need to cut workers or close stores if the new tariffs take effect.

Jay Foreman, chief executive of Florida-based toy company Basic Fun, said on the same call that some of his firm’s retail partners plan to raise prices by 10 to 20 percent during the holiday season.

“Mr. Trump may decide he doesn't want to be ‘The Grinch Who Stole Christmas,’" Foreman said, “but we’re not betting on it.”

Trump’s new tariffs pose a threat to strong consumer spending, but it’s China’s retaliation that could decimate the ailing U.S. agriculture sector, which has already lost billions in lost sales and higher costs since the trade war began on July 1, 2018.

“The trade war has been in full swing for more than a year and shows no signs of abating. Farmers have lost the vast majority of what was once a $24 billion market in China and stand to lose it all if recent statements prove to be true,” a spokesman for the American Farm Bureau told The Hill.

The spokesman said that “nearly every farmer” the group works with has expressed concern.

Soybean farmers in particular are eager for an end to the trade war with China, the world’s largest soy importer.

“We have asked for more than a year now for a negotiated solution to end retaliatory tariffs placed by our two countries as they try to work out their differences on issues that do not pertain to agriculture,” said Davie Stephens, president of the American Soybean Association and a soy grower from Clinton, Ky. “These developments the past week would indicate there is no end in sight, and that is more than disappointing news for soy growers as we navigate the future of our farms.”

Trump decisively won rural communities in states like Iowa and North Carolina in 2016. Whether the same amount of voters will stay with him in 2020, either during or after a bruising trade war, remains unclear.

“A lot of people who are in the farming community are still ideologically on board with Trump,” said Mac McCorkle, director of the Center for Political Leadership, Innovation and Service at Duke University.

“The good news for Democrats is in a place like North Carolina, it’s not that you’re going to expect a majority of people to switch in the rural areas ... its simply reducing the margins that Trump got in 2016. The Democrats don’t need a total switch, they just need some movement back to them or away from Trump,” he said.

Dermot Hayes, a professor of agriculture and life sciences at Iowa State University, said the trade war creates a serious concern about Trump for farmers in his state.

“The trade war has done lasting damage to Iowa agriculture and it doesn’t appear to have an easy end,” he said. “I think farmers were supportive of Trump early on because of the deregulation that occurred, but I think more and more are so concerned about the future that they wish the trade war never started.”

Trump insists that his China trade strategy will eventually lead to economic gains and that China has been unfair to American businesses and farmers.

“As they have learned in the last two years, our great American Farmers know that China will not be able to hurt them in that their President has stood with them and done what no other president would do,” Trump tweeted Tuesday. “And I’ll do it again next year if necessary!”

The administration has given federal aid to farmers since the trade war began last year, and it rolled out the latest package in July. Trump has said he would provide more aid if needed.

“The payments help, but they’re one-off or short-term payments, and the damage is lasting,” said Hayes.

He said European pork is selling at a premium to U.S. pork and that Europeans are building more pork production facilities.

Iowa was the second-biggest soybean exporter in 2017, the same year it exported more pork than any other state, according to government figures. North Carolina was the third-biggest pork exporter that year.

But McCorkle predicted that that the economy as a whole will be the determining factor in whether Republicans like Trump will lose rural, agricultural voters.

“If economic growth is booming in 2020 in general, I don’t think you’re going to see much of a drop-off among Trump voters in the rural communities. If it’s at 1 percent or below, you’re going to see tighter races in those districts and Trump could be in trouble,” he said.

“There’s probably a lot of farmers who think Trump’s trying to do the right thing,” McCorkle added. “That holds as long as it doesn’t look like the economy as a whole is tanking.”