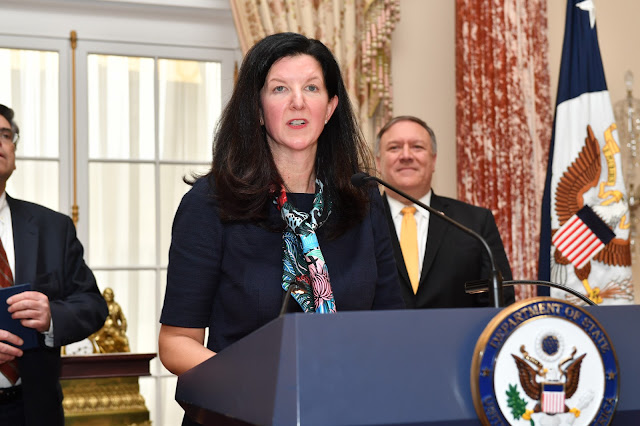 The State Department’s top diplomat for Latin American matters has resigned after a dispute with the White House over Guatemalan immigration policy, according to The Washington Post.

A senior administration official told the newspaper Kim Breier, assistant secretary of State for the Western Hemisphere, is leaving her post after White House policy adviser Stephen Miller berated her in an email chain for what he perceived as an insufficient defense of the Trump administration’s “safe third country” asylum agreement with Guatemala.

Miller told Breier that it was "her job" to defend the agreement, which requires Central American migrants to seek asylum in Guatemala before applying for asylum in the U.S., the official added. The Post notes that it is unclear whether this was a primary cause of her resignation.

A second senior official, however, told the newspaper no such email chain exists.

While other State Department officials, including Secretary of State Mike Pompeo, have reportedly objected to the policy, Breier, a Mexico expert, primarily took issue with White House micromanagement, according to the Post, which cited officials.

Breier was reportedly a key figure in ongoing negotiations with Mexican officials, including talks in June that eventually averted threats by the White House to impose steep tariffs on Mexican goods. Mexican officials have remained in contact with her and see her exit as a major blow to relations, CNN reported, citing Mexican sources.

The State Department is expected to announce Breier’s resignation Thursday, but President Trump’s daughter Ivanka Trump seemingly acknowledged her departure Wednesday night, tweeting, “While Jared [Kushner] and I will miss working with you, we are happy that Emma will now get to see more of the mom she is so proud of!”

Breier follows several other top diplomats who have left the State Department in 2019, including A. Wess Mitchell, her counterpart for European affairs, and policy planning head Kiron Skinner.