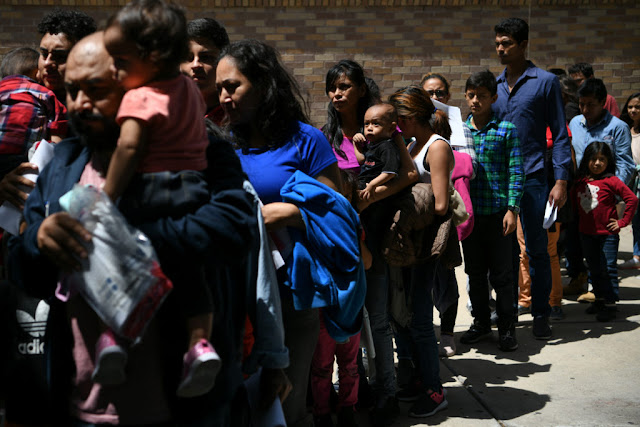 The 9th U.S. Circuit Court of Appeals on Friday ruled partially in favor of the Trump administration in its attempt to impose an asylum ban, appearing to approve the ban for those who cross into Texas and New Mexico.

The court said in a ruling that it denied the government’s broader request to reverse a previous decision blocking the policy, but upheld the injunction for states on the border outside of its jurisdiction.

The 9th Circuit runs along the West Coast and includes the border states of California and Arizona, so the ruling appears to clear the way for the policy to be applied in New Mexico and Texas, the areas that see the most border crossings from Mexico and Central America.

The Trump administration policy denies asylum to migrants who pass through another country on the way to the U.S. without first filing for protections there. Most of the migrants waiting to enter the U.S., legally or illegally, on the southern border have not applied for asylum before reaching the U.S., according to PBS.

The appeals court ruled that a lower court judge, Jon Tigar, did not consider whether a nationwide ban was necessary when he ruled last month that the policy could expose migrants to abuse if they are forced to apply for asylum before reaching the U.S.

“The district court clearly erred by failing to consider whether nationwide relief is necessary to remedy Plaintiffs’ alleged harms,” the ruling said. “And, based on the limited record before us, we do not believe a nationwide injunction is justified.”

But the panel of judges also ruled in a related order that the asylum ban may violate federal regulatory law because it was not issued with an adequate period for public comment.

American Civil Liberties Union attorney Lee Gelernt applauded the decision to keep the ban blocked in the 9th Circuit, but said the organization would “continue fighting to end the ban entirely," Politico reported.